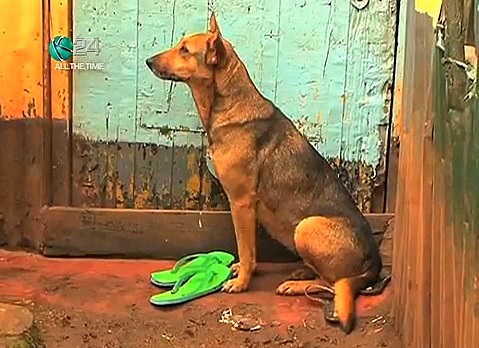 A dog in the Kirigu Village in Nairobi, Kenya has taken on the role of foster mother to two children abandoned by their mother. The dog, named Oscar, even escorts the kids to and from school each day.

For the last six years, Oscar has been watching over seven-year-old David Mbogo and six-year-old Mary Wanjiku, who were abandoned shortly after Mary was born. Their mother is addicted to chang’aa (which literally means “kill me quick”), a potent alcohol beverage that is often deadly due to the addition of jet fuel, embalming fluid or battery acid to give the drink more “kick.” 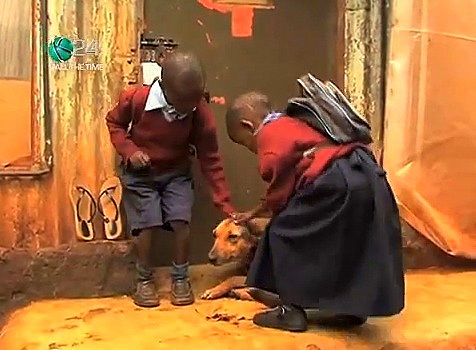 The children are cared for by their grandmother, Susan Wanjiku, but she has five other children to watch over, and must spend a great deal of time away at work to support everybody. She sells cabbages in Kibera, earning about 200 Kenyan Shilling (2.30) per day. The two children attend school, which costs Sh2,400 ($27.50) per term.

Oscar walks them to school each day, and patiently waits to escort them home. Her maternal instincts have lead to her being well-known and liked by the neighborhood.

Susan does whatever she can to provide for her seven grandchildren, but there is never enough to go around, and their makeshift shanty is scarcely sufficient enough to call a home. 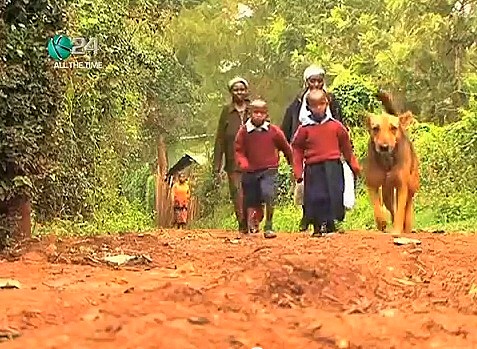 “Every time it rains, sewage water flows through the house and I am afraid for the kids,” she said. “I pray to God that we can get a better dwelling for the kids and that is our greatest need.”

It has been very cold recently, and she has not been able to get warm clothes for the kids. Well-wishing neighbors have donated a few items here and there, but she needs basic things like milk, flour, salt and tea leaves and sugar, so she can at least make chai tea to warm them up.

Anyone interested in donating can visit the m-pesa site and send money to 0713-666885. School fees for the children can be provided by reaching their teacher, Mrs. Kinyanjui at 0720-568878.