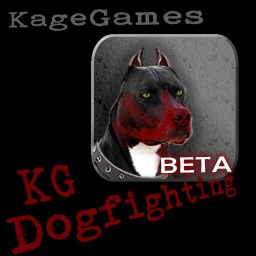 “Raise your dog to beat the best! ” reads the intro to KG Dogfighting, a violent video game created by the unscrupulous idiots at Kage Games. It only gets worse from there.

The app provides guns in order to take out police, and even offers you the chance to beef up your fighting dog with steroids. It’s no wonder that the entirety of last week was darkened by reactions to, and discussions about finding ways to get this garbage off the market. The Humane Society of the United States, the American Society for the Prevention of Cruelty to Animals, the L.A. police, Philadelphia Eagles quarterback Michael Vick, actress Alicia Silverstone and other public figures all issued statements in favor of banning the game.

For a few days it appeared that prayers had been answered when the app disappeared from the Andriod marketplace. Unfortunately, it was only taken down for trademark infringement issues, which KG was allowed to address before relaunching the hideous game. Now it’s back with a vengeance.

“The Controversial Dogfighting Android “DogWars – Beta” app by Kage Games LLC has been renamed and uploaded here to the market as a paid app! Feed, water, train and FIGHT your virtual dog against other players… action games, chatroom, many characters and dogs to choose from, virtual store, etc.”

Kage Games goes on to explain that their app is offered for the benefit of dogs. “Lastly, we are incorporating suggestions from both our supporters and our detractors in an effort to create a more socially conscious app that provides a net benefit to dogs as well as humans. Please remember that censorship is a very slippery slope.”

This is nothing but marketing bullshit designed to appease while KG rakes in a pile of money from the free publicity they are enjoying. With that in mind, please consider signing the petition Care2 has set up here.

In an email to The LA Times, Kage Games  had the gall to say that the game was meant to educate the public on the evils of animal cruelty. In our opinion, it’s Kage Games who requires an education, and we ask that you support all efforts to have this piece of virtual trash permanently removed from cyberspace.