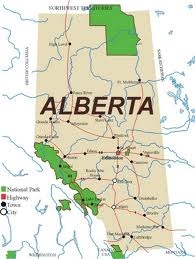 Residents of the tiny village of Mirror, Alberta are terror-stricken after thirteen area dogs died violent deaths from poisoning.

Bashaw RCMP are investigating the suspicious deaths of the dogs in the Hamlet of Mirror after more than a dozen dogs perished over Thursday and Friday.

Area resident Crystal French was one of those who lost a pet. Her nine year old dog became suddenly ill with no explanation. “She started to throw up later on in the evening,” said French of her nine year old dog, Queenie. “She was gone in the morning. It’s not easy, my kids are a mess. They’ve cried for days.”

Edmonton Humane Society spokesperson Shawna Randolph says pet owners have a responsibility to ensure their animals are safe. “Animals deserve dignity and respect, and they really do need their owners to be completely aware of what they’re getting into at all times, whether it be in their own yards, walking them on a leash, or taking them to an off -leash dog park,” she said. “We always say to people, never be complacent. Be very careful of what your dog is getting into, just like you would with your child.”

French also believes that her cat Shady was poisoned in the area two years ago when a number of area pets died suddenly. No suspect was ever indentified, and resident believe they may be dealing with a serial pet killer.

“People are mad and they are worried about their children as well,” said French. “You know everyone has a theory on who’s doing it and I hope no one does their vigilante justice because someone’s going to get hurt.”

As the RCMP awaits toxicology results, police are urging owners to take extra precautions because all of the deaths happened inside fenced-in yards. Anyone with information is asked to call Bashaw RCMP at 780-372-3793 or Crime Stoppers at 1-800-222-TIPS (8477)