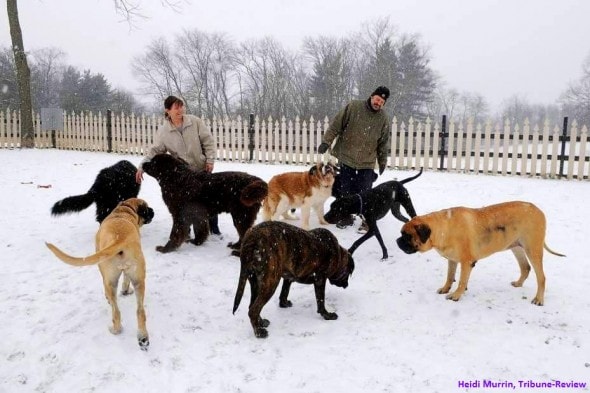 Gentle Ben’s Giant Breed Rescue in Pennsylvania was at risk of closing due to zoning laws. But because Noreen and Rich Kohl treat their 20 dogs like family – allowing them to freely roam the house and yard instead of having them in kennels – they can continue saving their gentle giants.

The couple has been housing anywhere from 20 to 40 big-breed dogs for years. Currently they have 20 – Great Danes, Mastiffs, Great Pyreneeses and Saint Bernards – that were taken in from shelters or by surrender. Each of them eats and sleeps in the house and plays in the fenced-in, one-acre yard as part of the Kohl family. 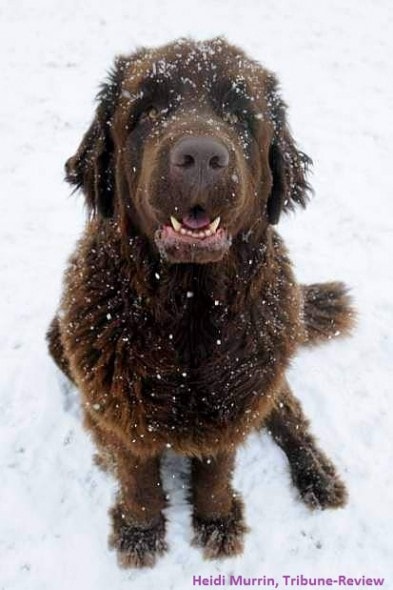 Noreen never would have dreamed that sharing her bed and couches with so many dogs could become such a strong component in a court case, but her sense of family is exactly what helped her win an appeal.

The New Sewickley Township zoning hearing board had previously ruled that Rich and Noreen’s two-story home was a commercial kennel and thus illegal in the residentially zoned neighborhood. 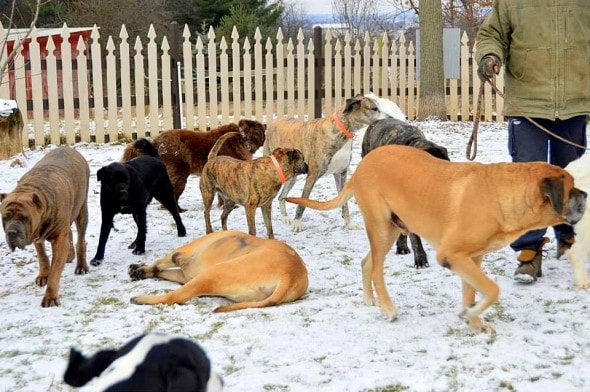 However, the Beaver County Court of Common Pleas did not agree. Because there is no separate structure to house and feed the dogs, the residence could not be classified as a kennel, commercial or otherwise.

“When I hear the word ‘kennel,’ I think of commercial facilities or shelters that have separate dog runs and pens,” Noreen said. “[The dogs] have always been part of our family, in our home.” 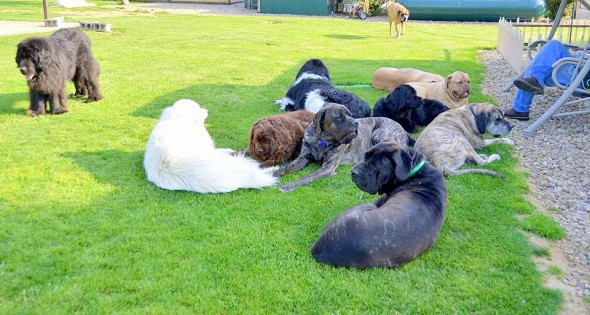 She and her husband rehabilitate, train and vet the dogs, preparing them to be adopted. Gentle Ben’s is a registered nonprofit organization, and received about $20,000 in donations and adoption fees in 2012. But it costs about $30,000 per year for food, supplies and medical care. The other $10,000 comes from their own pockets, which they give happily, knowing that unwanted dogs are being saved and pampered.

“Every fee they take in goes back to the dogs,” said Matt Monsour, the Kohls’ attorney. “The court adopted our position and said you really have to look at the purpose of the operation.” 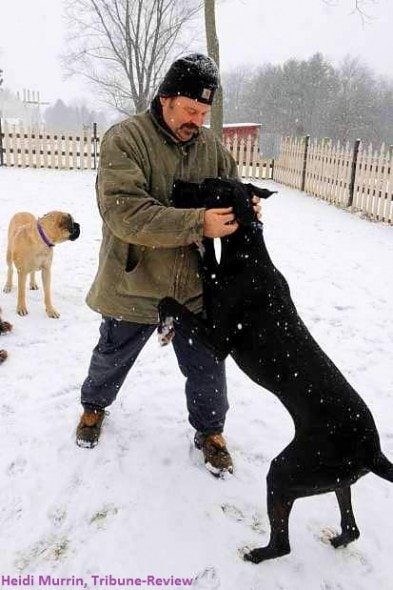 John Petrush, solicitor for the zoning board court, says the board has no right to appeal the ruling.

“WE WON!!! The judge ruled in our favor so we are permitted to continue rescuing the dogs who so desperately need us,” Gentle Ben’s stated on their Facebook page. “We can’t thank all of you enough for your caring and support through this stressful time. We also hope this will help other rescues out there in the same situation. I will be posting the judge’s decision which was extremely thorough – about 20 pages long. This was the best New Year’s present EVER!!”