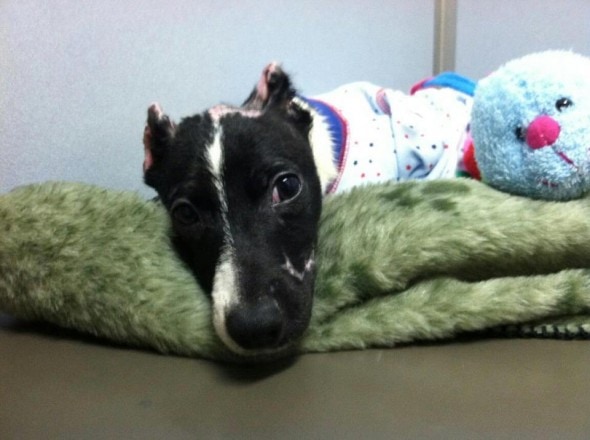 Phoenix has made a remarkable recovery from the horrible abuse he suffered back in October. His story outraged animal lovers all over and is inspiring lawmakers to make a change to the animal cruelty laws in New York.

The Erie County Legislature passed a resolution asking New York lawmakers to re-examine the state’s animal cruelty laws. Assemblyman Sean Ryan is sponsoring legislation, called Phoenix’s Law, which  would increase the penalty for felony animal cruelty. “The public wants to see something done, and New York’s law is just antiquated. We haven’t updated it and we fell behind,” said Ryan.

The current maximum punishment for felony animal cruelty in New York is currently a two year prison term and a five-thousand dollar fine. The new proposed legislation would increase the prison term to four years and increase fines to ten-thousand dollars. There would also be a mandatory psychiatric evaluation for anyone convicted of felony animal cruelty.

“Laws like this are proven to be a deterrent, and that is why the national animal groups are focusing on this. They rank New York so low because the current law lacks any deterrence,” said Ryan. The law is expected to be introduced to New York State lawmakers early next month.