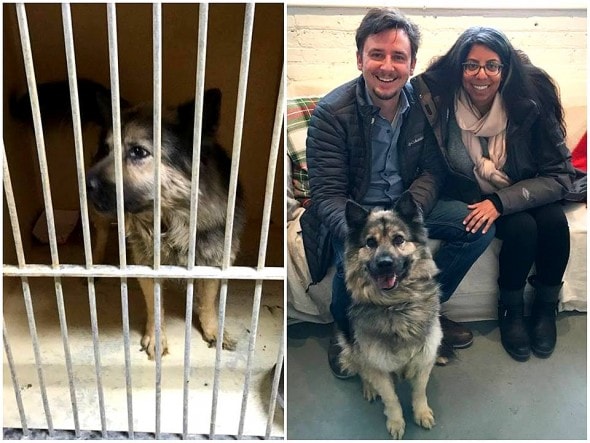 For the past seven months, life has been pretty rough for Tinsel. Before being brought to an open access shelter, Tinsel was found tied under a porch of an abandoned building on the south side of Chicago. It would be her cries for help that would save her from starving to death.

Tinsel would go on to spend the next six months behind the bars of her cage at an open access shelter… her future was starting to look pretty grim.

When TAF found out about Tinsel’s story, we put out a plea for help. Within 48 hours, generous donors contributed funds to help save Tinsel and others shared her story on Facebook. Before long, Tinsel was safely in our care and on her way to the vet.

Well, we are happy to announce that Tinsel is done with the city life and is moving to Michigan! Both Tinsel’s parents work from home and will have so much time for her. They can go for walks on their seven acres of land or, in the summer, take a swim in the pond. Quite simply, her life will never be the same… no more abuse and neglect, only love.

This was a big win for everybody that rallied to save this girl’s life when all others failed her… it is a proud day for all!