On February 17, 2015, a Tampa, Fla., Bullmastiff mix named Legend saved his owners from armed robbers who broke into their home.

According to Bay News 9 it was a little after 11 p.m. when a group of five men approached Damien Strickland outside his home on Polak Drive. The men assaulted Strickland and dragged him inside the home where they then attempted to beat his 19-year-old girlfriend Mersadie Wells-Shahan. 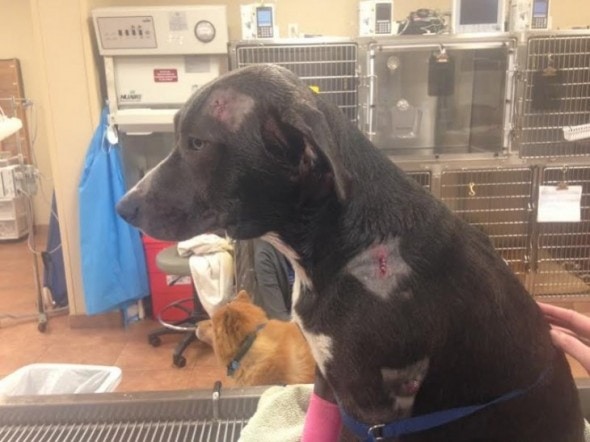 Legend heard screams and rushed to rescue his owners. He barked and bit one of the assailants.

When the criminals realized the pet was defending his home and owners they shot him twice and ran out of the home leaving  the dog badly injured.

Fortunately, the dog survived his injuries and police were able to apprehend the criminals.

Legend is a true hero!