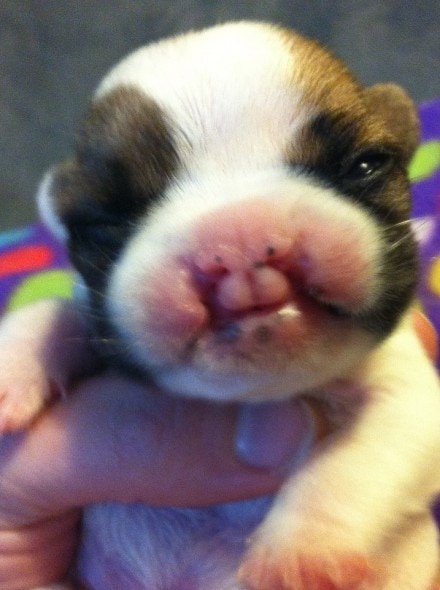 Every cloud really does have a silver lining, just ask Lentil.  Lentil is a French bulldog that was born with a cleft palate which made it difficult for him to eat, which can make life pretty tough for a puppy.  But that same condition also gave him the most adorable face imaginable, and that has helped make little Lentil a star.

Lentil has become the Ambassadog for changing the way people view cleft palates in both humans and animals.  He is also the star of Lentil-Fest, a four day long benefit festival in Philadelphia in support of the  Children’s Craniofacial Association, as well as two animal rescues.  The  Street Tails Animal Rescue which was started by Lentil’s foster mother, and the French Bulldog Rescue Network, which sponsors Lentil and placed him in his current foster home.  The benefit will feature music, raffles, and auctions, among other things. 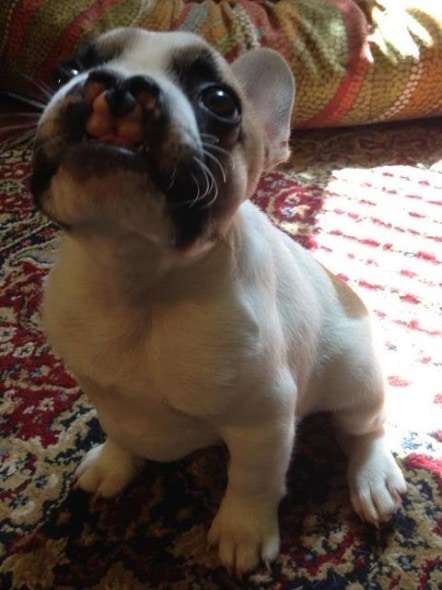 Lentil and his foster mom are also saving up for surgery that will allow Lentil to breathe and eat more easily.  Until now Lentil has been fed through a tube but doctors have begun to introduce dry kibble as well.  Lentil is now 12 weeks old and his surgery is scheduled for May 28th.

This past weekend Lentil and his foster mom visited the Children’s Hospital of Philadelphia where he was a huge hit with the kids who shared their stories and experiences with Lentil and his foster mom.  He brightens every room he enters and carries the message that every smile is special.  Check out Lentil’s Facebook page to follow his progress and hear more about Lentil-Fest.