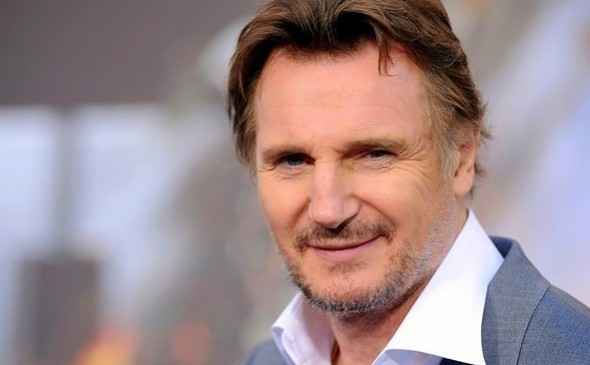 Actor Liam Neeson is more than just a hero on-screen – he helped save the life of a dog being stoned to death by a group of ruffians in Central Park.

Neeson was jogging through Manhattan’s Central Park when he was abruptly halted by a woman shouting that teenage boys were stoning a dog to death.  The dog was trapped, terrified and in pain.

“Abruptly changing direction, Liam charged down a path and confronted three gangbanger wannabe types who were throwing rocks at a stray they’d cornered up against a trash bin,” a witness said.  “Liam yelled that they’d better stop or he’d knock the crap out of them.”

They weren’t to be intimidated by the Taken star.

“The punks just swaggered up and warned him to mind his own business,” the witness explained.  Neeson was incensed.  “In a fury, he warned them to back off fast – or else!”

“Yeah, okay, man…we’re out of here,” the apparent ringleader said.

Liam smirked, impressed that he was able to get them to retreat.  However, it wasn’t his minacious disposition that spooked the hooligans.

“Turns out it was the sight of the approaching cop that had spooked the boys. Liam just shook his head and approached the shivering dog, stroking it while the policeman assessed its injuries – then thanked the star and told him: ‘I’ll take it from here, sir!’”