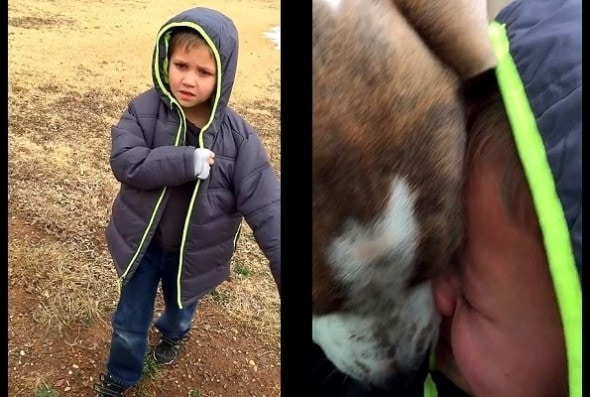 Shortly before Christmas, a little boy’s beloved dog, Kase, went missing.  He and his family searched the neighborhood for him, but couldn’t find him.  Recently his mom did, and the reunion he has with Kase will completely melt your heart.

Paula Williams of Lubbock, Texas, was devastated for her son, who was dearly missing his dog.  About a month later, she saw Kase at a neighbor’s home.  She asked them to give him back, and discovered that they had been caring for him since he had gotten loose.

“He was found right down the street from our house. A nice family had taken him in and kept him warm and fed,” she said on Facebook.

When Paula arrived to pick up her son from his grandma’s house, she had the best surprise ever.