Earlier this month, a confrontation with the suspect in a grocery store invasion became violent and a young K-9 named Jethro was killed as a result.  Before he died, his partner, Officer Ryan Davis, spent over a day by his side.  At the funeral service held for Jethro, hundreds of police officers and K-9s from across the country attended to pay their respects.

Police from the Canton, Ohio police department responded to a call about an alarm at a grocery store on the night of Saturday, January 9th.  Officer Davis and Jethro arrived on scene and were fired upon by the suspect, Kelontre D. Barefield.  He struck Jethro in the face, neck, and shoulder.  Police returned fire, and Barefield was struck in the leg. 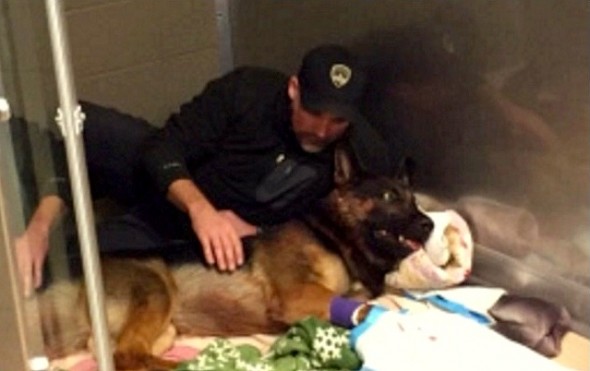 Jethro was rushed to a hospital, and Davis remained by his side throughout.

“One of the problems is Jethro is refusing to rest. He’s just trying to beat this thing the way he’s used to, by fighting,” the Police K-9 Association posted.   “So they have given him a sedative that has finally allowed his brain to settle enough to actually close his eyes and rest. He hasn’t closed his eyes since 0200 yesterday. Hopefully he rests through the night.”

Sadly, the next morning, he had succumbed to his injuries.

“He was a fighter,” Davis told Fox 8.  “He fought extremely hard… there came a time at the hospital when the vet told me with that look that there was nothing else they could do. I just needed to let him go be in peace.”

The memorial service was held at the Canton Memorial Civic Center on what would have been Jethro’s third birthday.  Hundreds of human police officers and 106 K-9 officers attended the service, and the dogs walked in the procession. 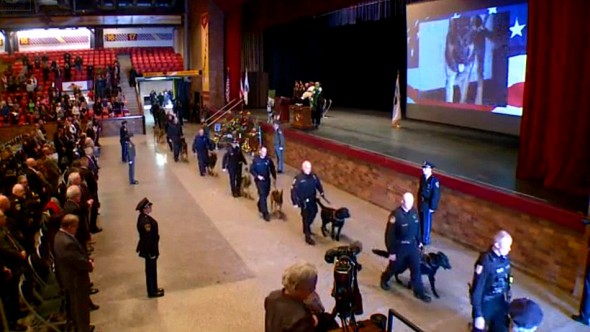 “They teach you from day one that this could happen – they’re there for you, for this, to sacrifice for you if need be, but it doesn’t make it any easier.  It hurts.  I’d gladly take his place if I could,” Davis said tearfully.

Barefield is currently recovering in a hospital, but when he is released, he will be charged with assaulting a police dog and felonious assault on a peace officer.  A petition has been created asking politicians to create a law so that murderers of K-9s would face the same charges as if they had killed a human officer in the line of duty.

“There is no doubt in my mind that I am here because of what he did,” Davis noted. 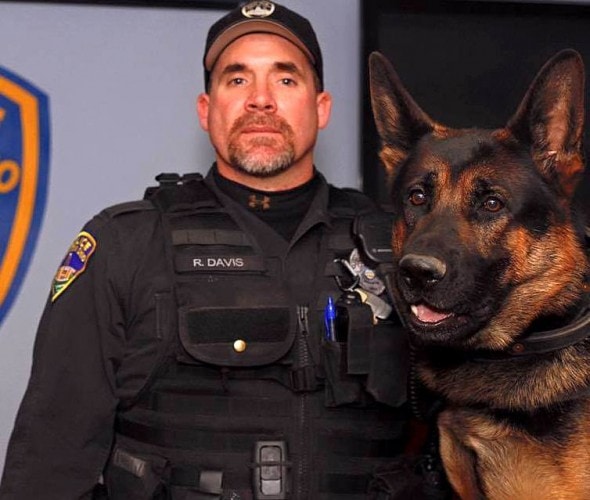 A fundraiser has been set up in honor of Jethro to provide other K-9s in the Canton area with bulletproof vests so there are fewer fatalities on the job.  Click here if you would like to donate.

“My husband and I own a veterinary clinic in Canton, Ohio. This morning our team asked if we could help in any way. We are purchasing Pet Oxygen Kits for the Canton PD K9 Unit,” said Angela Gainey, a commenter on the fundraiser page.  “They have been contacted about what we are doing. I am letting everyone know so that they money goes towards other things needed. Our thoughts and prayers go out to Canton PD and K9 Officer Jethro’s family.” 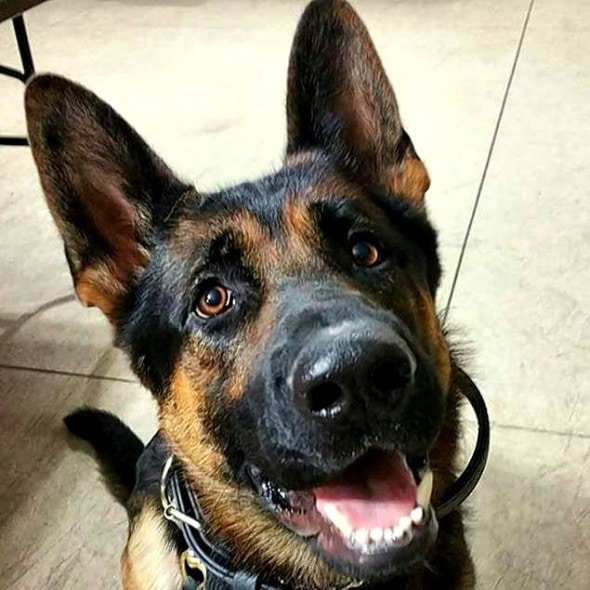 94 thoughts on “Over 100 K-9s Walk in Funeral Procession for Slain Police Dog, Jethro”