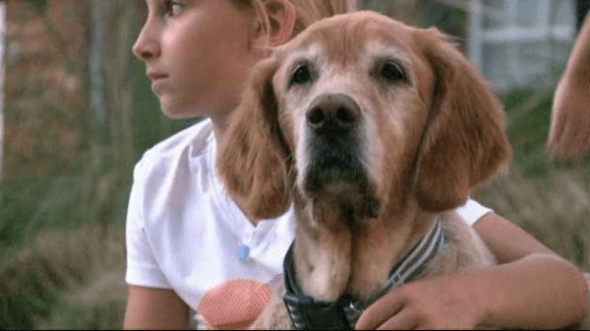 Honey had been missing for three months when the golden retriever was found safe over 600 miles away from her Missouri home.

On July 5th Honey ran away from a relative’s farm in Cuba, Missouri. The Wallis family was devastated over the loss of their golden retriever. They took out ads in newspapers, contacted shelters, and contacted the police, but were unable to find any trace of Honey.

Three months went by with no leads and then Emily Wallis received a phone call from her veterinarian.

“And he said, ‘Emily can you sit down? I think we may have found Honey,” recall s Wallis.

What was almost as shocking is where Honey was found, over 600 miles away in LaGrange, Georgia. An animal control officer had found Honey along a highway in Georgia and even though Honey was microchipped the shelter’s initial scan for one didn’t find it. Honey was placed with a golden retriever rescue group where they found her a family in Alabama. Before she was adopted the rescue did one last scan for a microchip and finally found it and the Wallis family’s information.

The Wallis family elated by the news got in their car and started driving south. The emotional reunion between Honey and her family was caught on video. An excited honey jumped back and forth between the members of her family, clearly excited to see them again.

No one knows how Honey made it all the way to Georgia, but Wallis knows one thing that without Honey’s microchip she would’ve never made it home.