Giuseppe DiBella is glad his toy fox terrier named Nika was microchipped when he first got her. The microchip is helping reunite the New York City resident with his beloved dog. 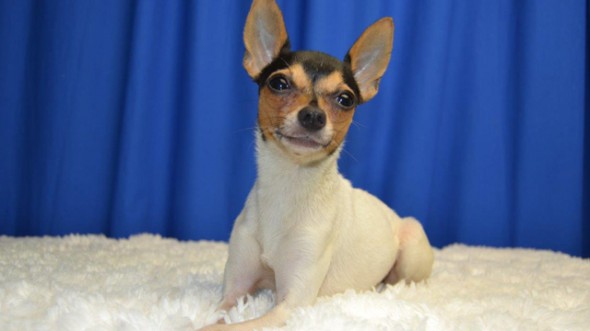 Two years ago, Nikka vanished from DiBella’s back yard. The worried owner made a police report, posted “Lost Dog” fliers around the neighborhood, and searched the area, but no matter how much he looked and asked people if they had seen his dog, the little canine seemed to have been forever gone.

Well, last week DiBella got an unexpected email from Marion County Animal Services in Florida, letting him know Nika was alive and well.

The dog owner had no idea where Marion County was located but he was extremely happy his pet had been finally found.

“I never gave up,” DiBella’s told WFTV. “I kept wishing she was OK.”

The tiny dog found its way to a home in Florida where the homeowner welcomed the dog and turned her into a family friend who works at a veterinary clinic. There, Nika was scanned for a microchip and thanks to it, she will soon be reunited with her rightful owner.

Nika will spend a few more weeks in Florida under the care of one of DiBella’s friends, but this Thanksgiving, DiBella will make the trip south and pickup his four-legged best friend.

25 thoughts on “Lost Dog from New York Found in Florida”