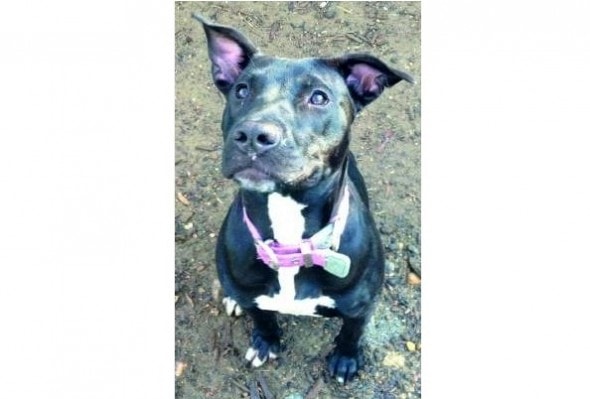 A lost pit bull did what any person is told to do when they’re lost – go to the police. But she didn’t just find an officer – she jumped right in through his open cruiser window and onto his lap!

Sgt. James Black was stopped at a red light in Washington, DC around midnight when he was given the shock of his life – a pit bull jumped through the open window of his unmarked cruiser and onto his lap, and immediately started giving him kisses.

“I went from being startled to laughing,” said the 15-year veteran.

Scott Giacoppo, vice president of the Washington Humane Society, had never heard of such a thing, but knows all about a dog’s intuition.

“Sometimes a dog senses when there are people who can help them,” he said. “It’s a sixth sense.” 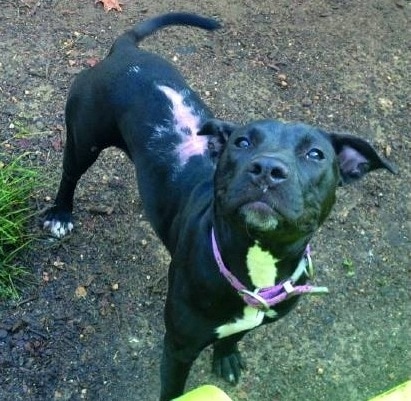 Giacoppo said this dog was lucky to find the right officer. Another officer might have panicked, and we all know how badly that situation could have ended.

“She just happened to jump in the right car at the right time. She’s very lucky,” Giacoppo said.

She was wearing a pink collar, but had no tags, so Black drove her to a nearby station. The pit bull happily rode on his lap with her head out the window. At the station she was given food and water and made comfortable until animal control arrived.