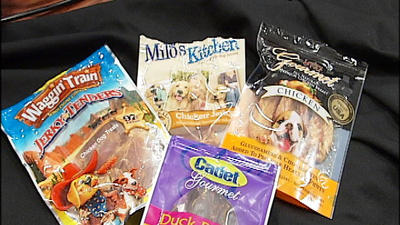 The US Food and Drug Administration is finally doing something about the tainted Chinese-manufactured jerky treats that have killed at least 600 dogs and cats and severely sickened thousands of others.

They are asking owners whose pets have been affected to contact them. Since 2007, the FDA has received reports of 580 deaths and over 3,600 illnesses associated with chicken, duck, sweet potato and fruit jerky.

The FDA has issued consumer alerts as a result, and has initiated investigations by sending scientists to the treat manufacturers in China. More than 1,200 samples have been taken, but an exact cause for the illnesses has not been determined.

“This is one of the most elusive and mysterious outbreaks we’ve encountered,” read a statement from Bernadette Dunham, director of the FDA’s Center for Veterinary Medicine. “Our beloved four-legged companions deserve our best effort, and we are giving it.” 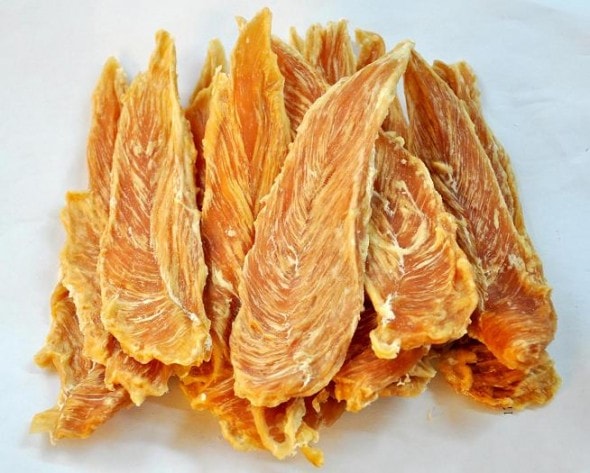 For many pets, symptoms appeared within hours of consuming the snacks. Symptoms include decreased appetite and activity, vomiting, diarrhea, increased thirst and urination. Convulsions, bleeding of the stomach and intestines and kidney failure have also been reported.

“The agency urges pet owners to be cautious about providing jerky treats,” an FDA bulletin warned. “If you do provide them and your pet becomes sick, stop the treats immediately, consider seeing your veterinarian, and save any remaining treats and the packaging for possible testing.”

Several brands of jerky have been taken off shelves since January 2013, and the number of illnesses reported has dropped. In those cases, antibiotic residues in packaging was the reason for the recalls, but the FDA is unsure if they caused sickness. They believe the illnesses may have been triggered if treats were consumed over long periods of time.

If you believe your pet has died or become ill as a result of consuming tainted treats, please visit the Safety Reporting Portal.

For more information from the FDA on the treats, please visit the FDA Fact page.