When Katelyn ran away from her South Carolina home, her family worried that they might never see her again.  She has terminal cancer, and ended up in a high-kill shelter.  But a miracle happened, and now she is home again.

A few weeks ago, Katelyn got spooked during a thunderstorm and took off, and somehow managed to travels hundreds of miles across the state.  She was found by someone and taken to a high-kill shelter and put on the kill list because of her tumor.

Thankfully, All 4 Paws Animal Rescue on Pawleys Island got her out of there.  They called her Honey, and marketing coordinator Hannah Kloch and her husband Andy gave her a hospice home.  They knew that she only had weeks left to live, and wanted to make the best of them for her. 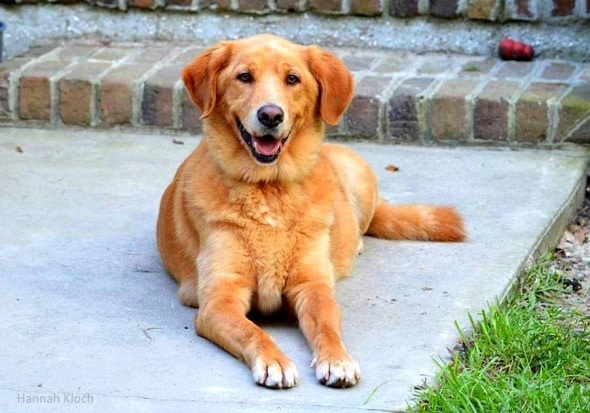 All 4 Paws shared her story on Facebook, which was shared by so many people that it made it all the way to “Honey’s” family.  They made the four-hour drive as soon as they could to come get their girl.

“It’s very rare that we actually get to reunite owners with their beloved family members,” All 4 Paws’ Shannon Prouty told WMBF News.

The Atkins family was overjoyed to see Katelyn again.  Mom Cyndy is currently battling breast cancer, and having Katelyn back is a huge blessing. 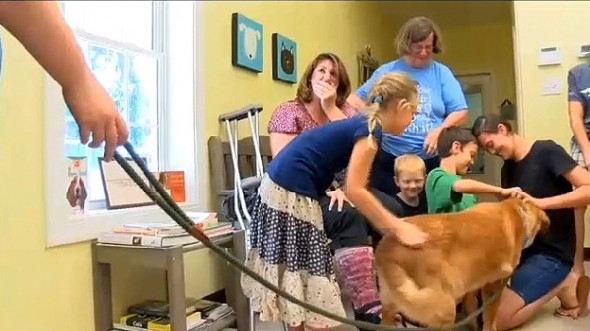 “I know it feels great to them to know she was cared for in the meantime while they didn’t have her and now she gets to go back home,” Hannah Kloch said. “I think if this were our dog and I got to see her or him for the first time, I’d probably cry like a baby.”

Knowing that Katelyn has very little time left, the Atkinses likely believed they would never see her again.

“I just said I know what you’re going through pup, it’s just comforting to have her with us, and we’ll be with her until the end now,” Cyndy said. “We’re not letting her go.”

Once on the road back home, Katelyn didn’t move from her spot in the minivan. 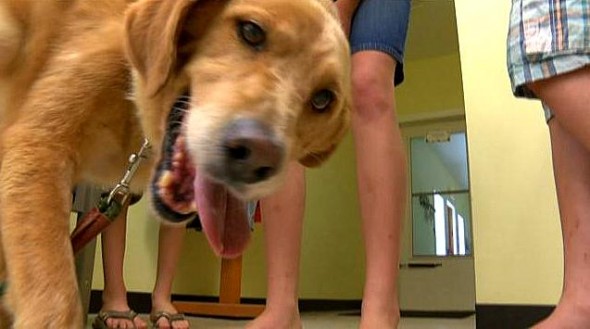