When 67-year-old Lourens van Wyk, a priest from South Africa, saw a bag jerking on top of railway tracks, he feared a baby had been tossed and abandoned to his death.  But when the spiritual leader approached the bag and ripped it open, he found a mixed breed terrier with all four legs and muzzle tied with shoe laces. Thanks to this man, the dog, now named Trax, was saved.

As soon as Mr. van Wyk discovered the dog, he didn’t hesitate to rescue it. The man grabbed a hold of the injured and almost hairless dog and ran to his car. He transported the pet to a vet clinic in Helderberg, outside Cape Town, South Africa. There, veterinarians worked carefully to save the pet’s life. 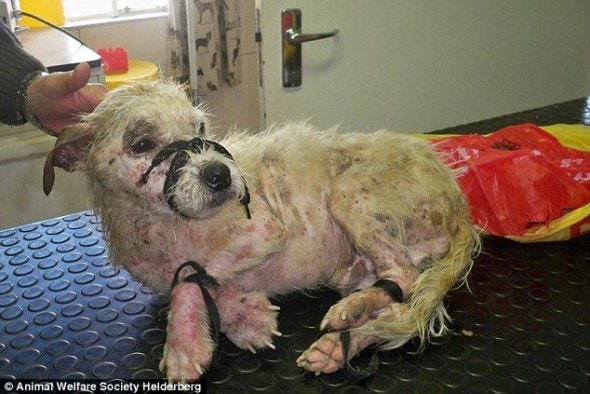 “On arrival, we struggled to get the knots loose as Trax’s muzzle and legs had swollen from a loss of circulation,” Julia Evans told MailOnline. “The laces had to be slowly unwound – we didn’t want the blood flowing too quickly into the limbs creating still more pain.”

Other than skin infections (advanced mange), Trax also presented signs of abuse. He had a head tic and vets believed this was due to the dog being hit on the head with an object or by the metal rails when dumped on the tracks. After days of proper care, the tic lessened and vets expect the dog to make a full recovery. 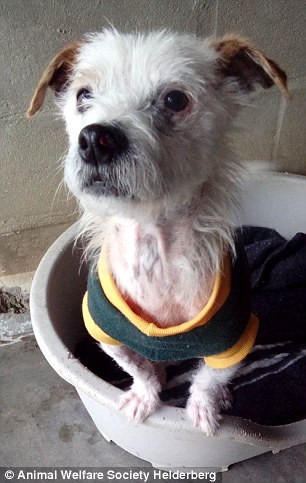 The priest checked on the dog a few days after rescuing him and was very glad to see how well he had recovered.

Animal Welfare Society took care of the dog and posted Trax’s story online. When local animal lovers learned his story many became interested in adopting him. A thorough adoption process was performed and a family from Johannesburg was selected as the dog’s forever home. 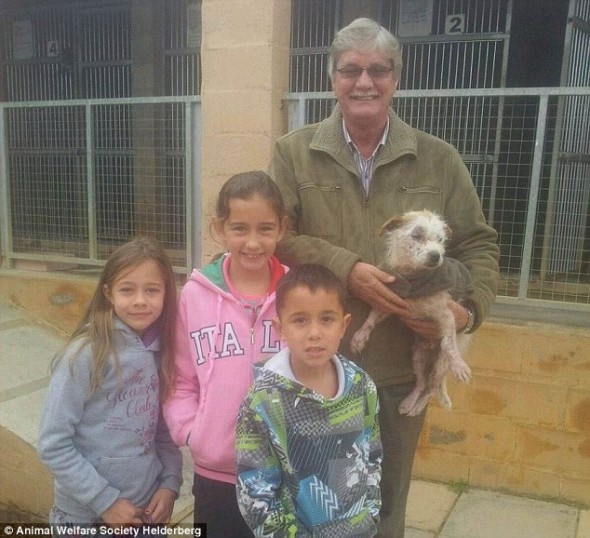 Trax will have human and dog siblings. As soon as veterinarians give the him a clean bill of health, Trax will travel to the big city where his new family anxiously waits his arrival.