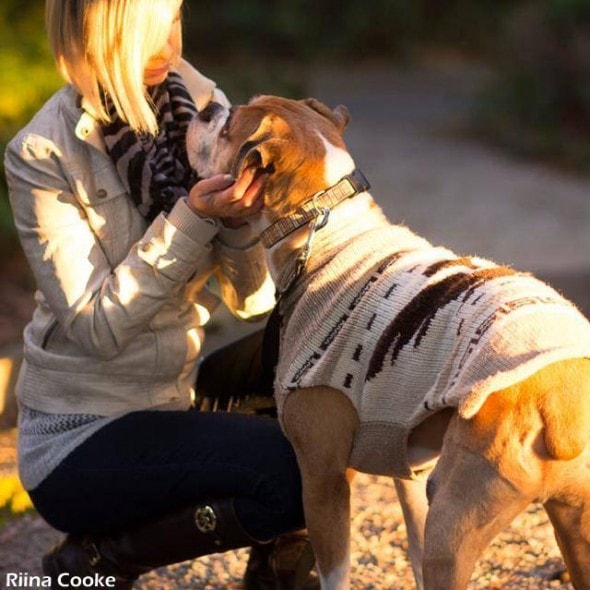 Riina Cooke was destroyed when she found out her nine-year-old boxer Romeo had inoperable bone cancer.  But rather than grieve before his time is up, she is making sure Romeo has some amazing adventures in his final days.

“He’s been my best friend.  I couldn’t ask for a better dog,” Riina said in an interview with CBC.  “He’s my first dog, so it’s just been really tough watching him go like this.” 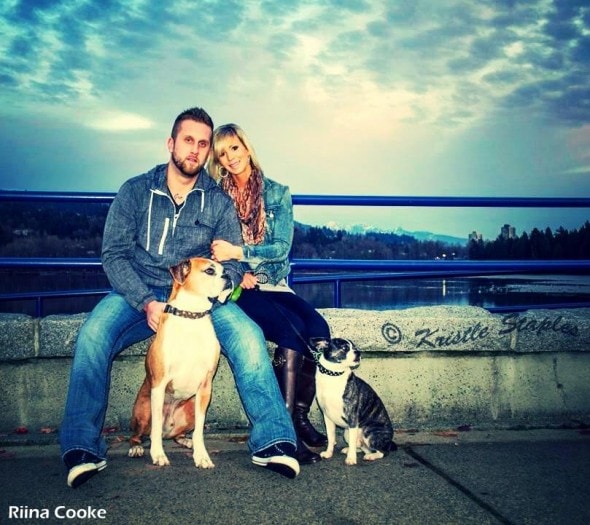 The British Columbia resident had taken Romeo into the vet to have skin cancer removed, and she asked for an X-ray to be taken of his hind end because he had been favoring his back left leg.  It was revealed that Romeo had a tumor growing in his femur.  The cancer is very aggressive, and because of other health issues, amputation isn’t an option. 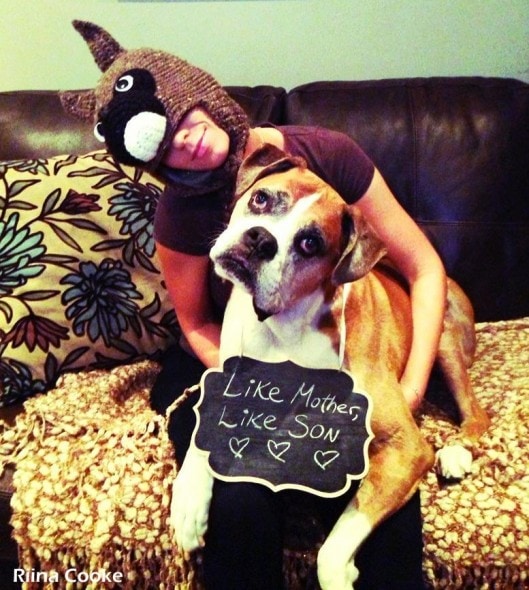 “I was upset for a few days, and I cried and felt sorry for him, and then I just snapped out of it and said, ‘ok, let’s make this a positive, fun experience,’ and then I just kind of came up with the bucket list.” 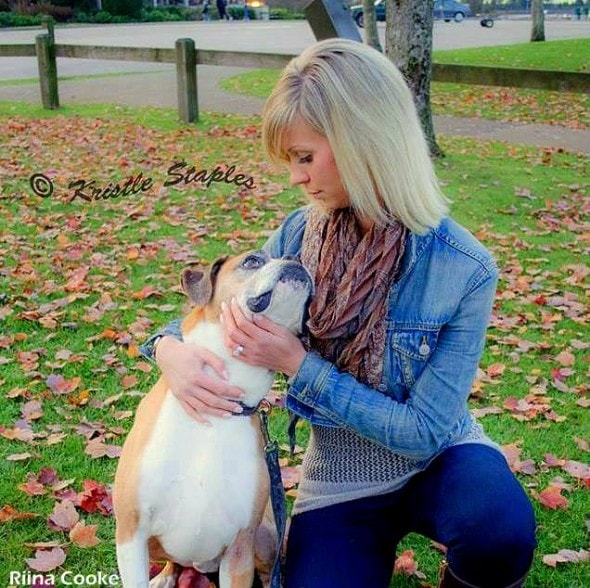 Riina has been adding to the list, and every few days they cross something off.  Romeo loves police cars, so they were able to spend some time in one.

“Since he was a puppy, every time he hears a siren he gets really excited and he’ll howl, so I thought that’d be cool to go hang out in a police car and go listen to the sirens up close and howl, and sit in a fire truck, too.” 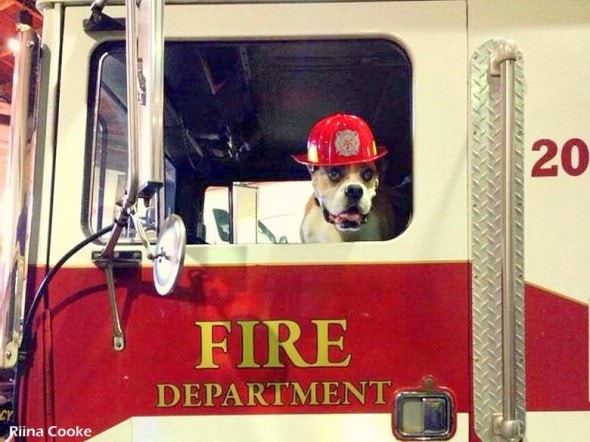 Romeo met Bif Naked, a cancer survivor and animal lover.  He’s also had a steak cake, a beer in a pub and a spa day with a paw-dicure for his ninth birthday.  On Saturday he’ll have a birthday party at a park with his “bestie boxers.” 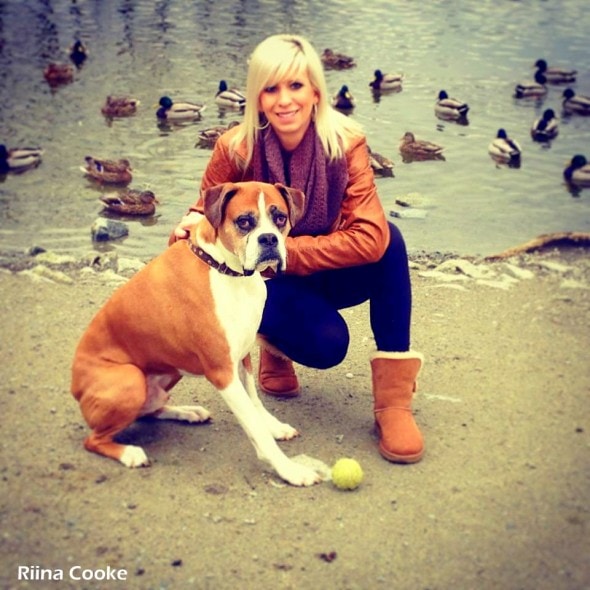 She believes the bucket list is not only to give Romeo the best last days he could have, but it’s also helping to deal with the impending grief of losing him. 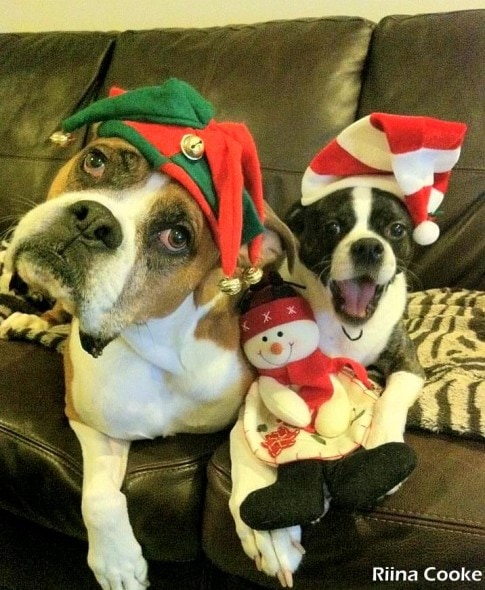 “It’s bittersweet… Doing this stuff with him has been a good bonding experience for us, and it’s creating a lot of new memories,” Riina said.  “I think a bucket list is great for anyone who loves their dog like I love Romeo, and it gives you a lot of hope and happiness watching them go in a positive, happy way and have some adventures and create new memories. 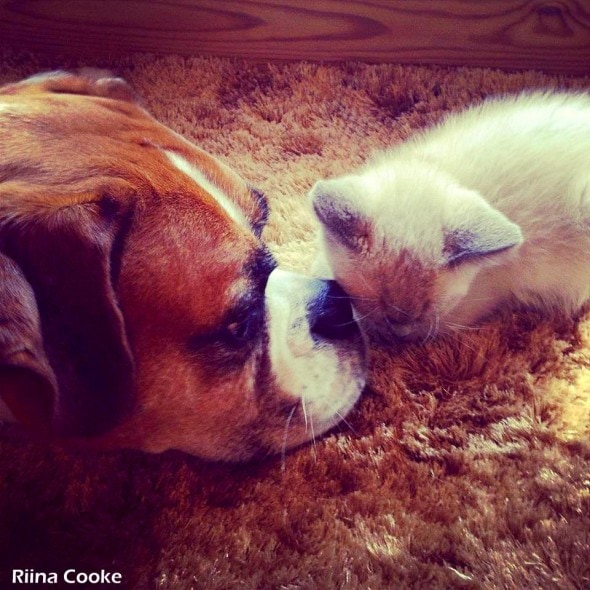 “I think he’s helped a lot of people in a similar position.  I’m hoping our situation will bring some light to other people who are going through the same thing.”