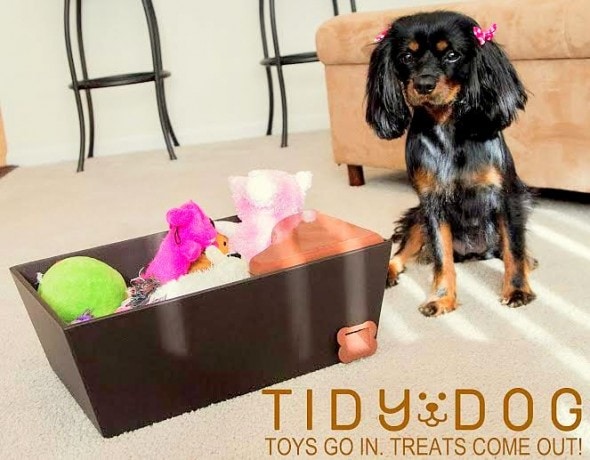 The Tidy Dog is a revolutionary dog toy bin that dispenses a treat every time your dog puts a toy away.  Its patent-pending technology is the creation of engineer Chris Lorkowski.  “I was training our dog to pick up her toys and put them away.  I wanted to find a way to get her to put her toys away without having to tell her to all the time” said Lorkowski.  “I took apart this candy dispenser we had.  You put your hand under it like those automatic soap dispensers, but instead of soap it dispensed small candy.  I pulled out the motion sensor, mounted it in her toy bin and filled the dispenser with kibble” This was the first prototype leading to the creation of The Tidy Dog.

The Tidy Dog can be left on all day or can be turned on when it is time for your dog to clean up.  It uses weight sensors to detect the toys placed in the bin.  It also has smart software which can detect whether your dog is just nosing around in the bin or if they have actually put a toy away.  It prevents your dog from just lifting a toy out of the bin and immediately dropping it back in to get a treat.   After months of testing and tuning the software Lorkowski found that his dog Evie tended to keep her toys in the bin except for the one she was playing with.

“I have to pick dog toys up far less frequently. It works really well!” said Lorkowski. 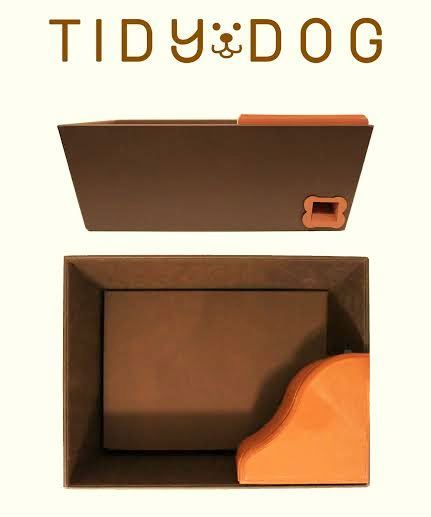 Kickstarter campaigns operate under a simple “all-or-nothing” funding model.  If The Tidy Dog does not reach their goal at the end of 30 days, it might be years before you will see it on the market.  There are funding levels of all ranges and donating as little as $5 can help their project come to life.  If you decide to donate more you might even be among the first to own The Tidy Dog!

To follow their project and to help spread the word to your dog loving family and friends, be sure to find them on Twitter @TheTidyDog and Facebook.com/TheTidyDog or directly at the Kickstarter link provided below! 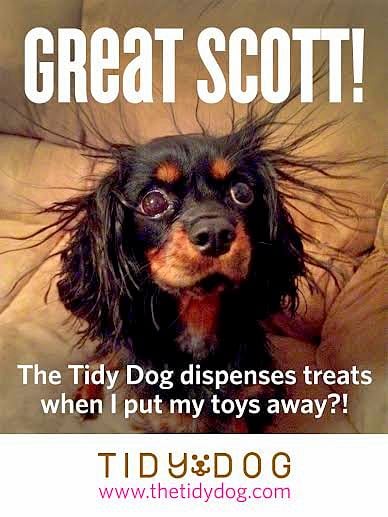