Two weeks ago, 82-year-old Vergilia de Lima Gomes from Brazil was rushed to the hospital, unfortunately, she passed away from respiratory complications. The woman’s loyal dog arrived at the hospital following family members and since then has been patiently waiting outside hospital doors to reunite with his best friend and owner. Sadly, the loyal dog is unaware he will never again see his best friend. 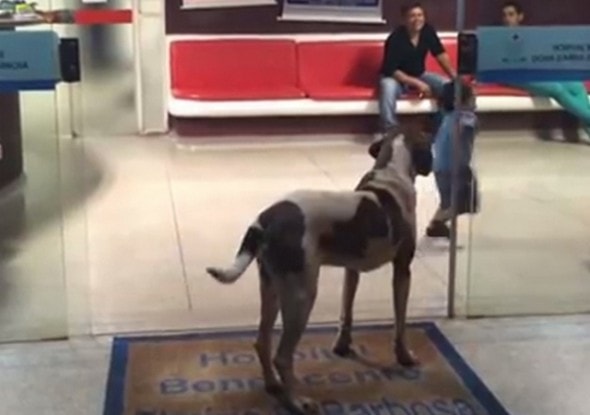 According to La Opinion and the video below, the dog patiently waits outside the medical center (Beneficiente Elmira Silvério Barbosa de Sidrolandia). He is always wagging his tails hoping to catch a glimpse of his owner and once again feel her loving hand.

Wanda Camilo, hospital director, says the dog’s loyalty has not gone unnoticed. Many people have shown interest in taking the pooch home but an official adoption has yet to happen. For now, a nearby pet store feeds and cares for the loyal four-legged friend.

Lets hope this gentle dog gets rescued and adopted soon.