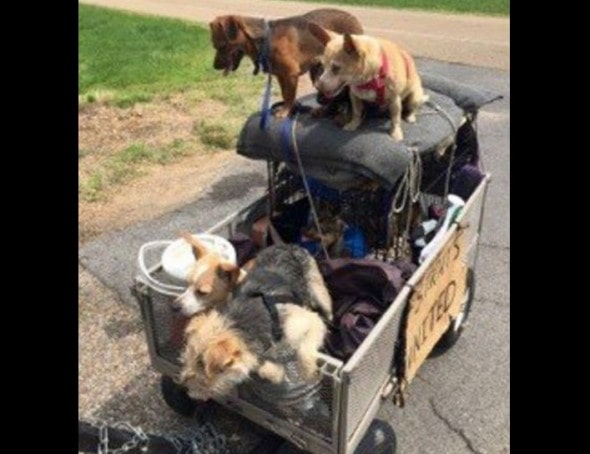 The journey that a homeless man and the 11 stray dogs he has rescued has finally come to a very happy ending.  After traveling over 2,000 miles with nothing but a bike, a shopping cart and a sense of family, Steve and his dogs now have a forever home together, and a local shelter is helping Steve care for the dogs as well.

Steve became homeless in 2001.  Since that time, he has “adopted” just about every stray or street dog he’s seen.  Just because he didn’t have a home of his own, didn’t mean he couldn’t find it in his heart to help the unfortunate dogs in the same situation.

Steve estimates that over the past 14 years he’s spent on the street, he has helped over 50 dogs.  He has even been successful is finding a home for quite a few of them as well, and asks for nothing in return.

Steve felt at one point that he had enough of California, and a change of scenery might be a good idea.  He decided to head out from there, and make his way towards Indiana. 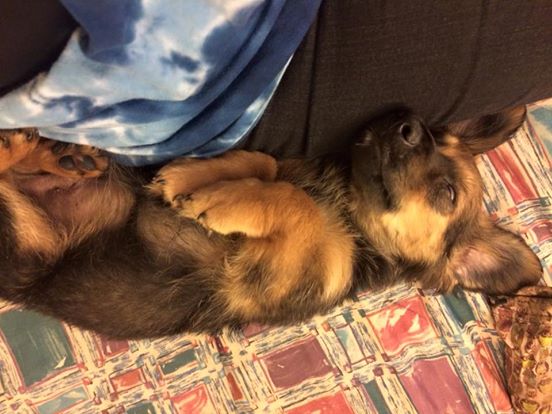 Many people in Steve’s position and about to make a move practically across the country would not have wanted/been able to take all their dogs with them.  However, he absolutely refused to give them up.  Steve would never leave his dog behind.

So, Steve and his dogs gathered up together everything they had and took off for Indiana.  Steve was on his bike, and kept pedaling for about 2,000 miles.  At one point he came across Alicia Edrington of the West Memphis Animal Shelter (WMAS).  She put the word out about Steve and his dogs, looking for help getting them to Indiana.

Edrington’s father, Mickey, set up a GoFundMe page, aiming to get together enough cash for Steve and his canine family a hotel room for at least a night.

Many of the shelter volunteers came to the hotel room to help out.  They fed the dogs and gave them doggy massages.  They took lots of photos of the slumber party and posted them to Facebook and Twitter.  By the looks of things, everyone got a really good night’s rest, probably for the first time in a long time. 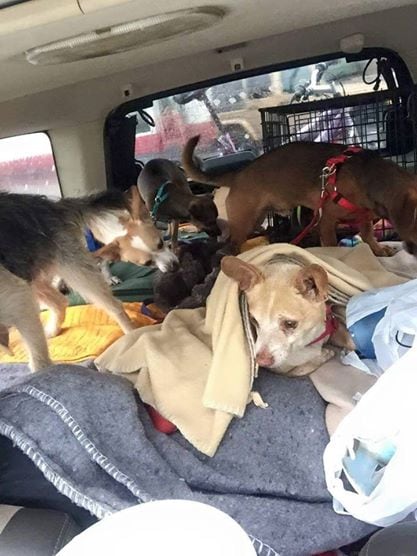 WMAS continued to work on their plan to get Steve and the dogs to Indiana.  They managed to raise enough money to have Steve and the dogs keep the hotel room for another night.  They also got some essentials for the dogs, like some good quality food and harnesses.

Then, Steve and his family of dogs had another stroke of good luck.  They met Kelley Seaton.  She lived in Tennessee, but had offered to drive Steve and the dogs the rest of the way to Indiana free of charge.

At long last, Steve and his family made it to their destination.  Thanks to the very generous 125 people that had donated to the GoFundMe page, Steve had a good amount of cash (over $4,000!) to get him started.  One of the donors even gave Steve and the dogs a trailer to live in. This is the first real home Steve and the dogs have had since 2001. 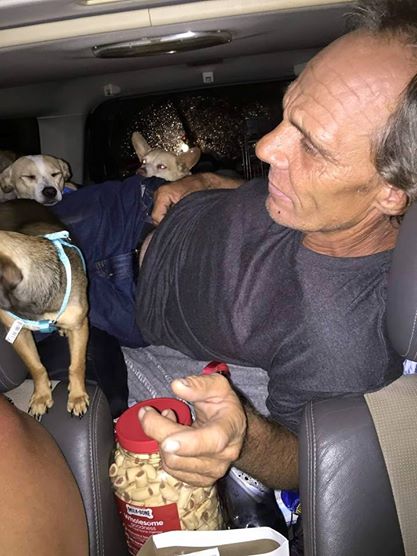