The old dog versus mailman stereotype goes back quite a long time.  It’s been done over and over again in cartoons, movies, comics and many other places as well.  Then you have these two.  This mailman takes time out of his New Zealand delivery route every day to give him a bit of love and attention, which is something he doesn’t often get from others. 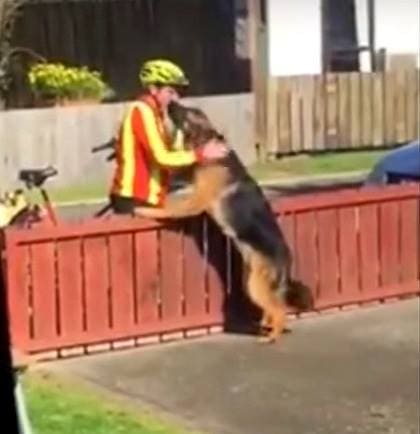 According to Michael Collins, the dog’s human, this isn’t just a one-time deal. It doesn’t even matter if he actually has mail to drop off for Collins.  The mailman stops by every day no matter what, as long as the dog is outside, and spends a little time with him.

“He always gets overlooked as a dangerous or unapproachable dog,” said Collins when posting on Facebook.  “But this guy here always makes an effort to get off his bike to give him a hug and a pat!”