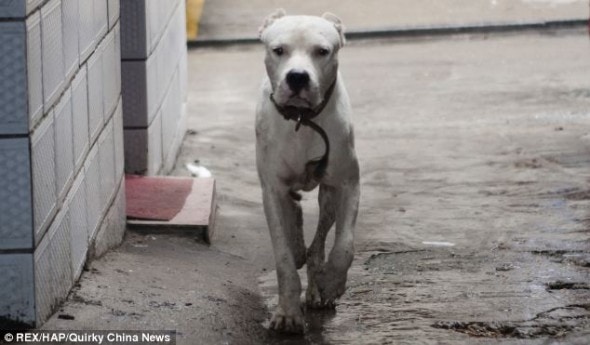 A male dog in China’s Hunan province spent 10 hours guarding his female companion, who had become trapped in a deep gutter, until someone rescued her.

Peng Xuemei was awokened by the sound of his barking. The 77-year-old woman looked out the window to see a white dog standing nearby the gutter, while a black dog cowered at the bottom of it. She said the white dog looked ‘furious,’ so she went back to sleep. But when she woke up again at 6, he was still there.

“The white one was walking back and forth, looking at passing people and vehicles with begging eyes, while the black dog groveled at the bottom of the gutter,” she said. 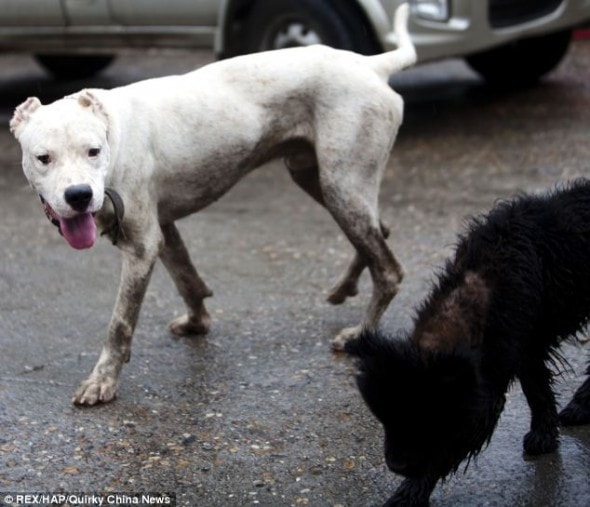 She was amazed by his loyalty and determination, and called the community office. Worker Lui Huihong responded, but was afraid he would be attacked.

“We dared not to get close, as the white male dog looked hectic and quite alert,” he said.

But one man was willing to get the scared female dog out. Hei Ge approached the male slowly, just a little at a time, and eventually earned his trust. After a few moments, the dog calmed down enough for Ge to get close enough to pull her out.

Both dogs’ moods improved after she was rescued, and they playfully trotted off.