His plan is to visit all 696 Harley Davidson dealerships in the Unites States, selling all of his possessions to be sure he and scooter raise every single cent possible. 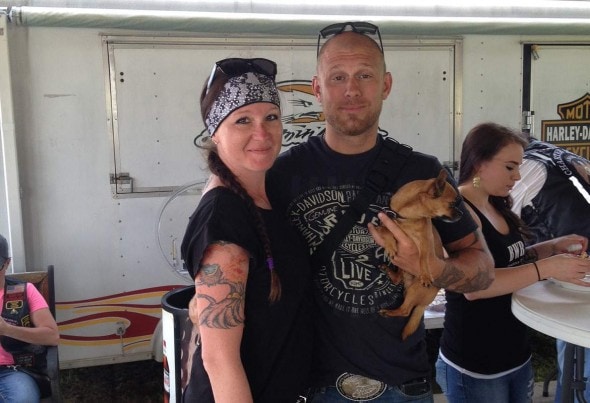 After about six months on the road, Sandoval has raised over $50,000 for the American Legion Legacy Scholarship fund. 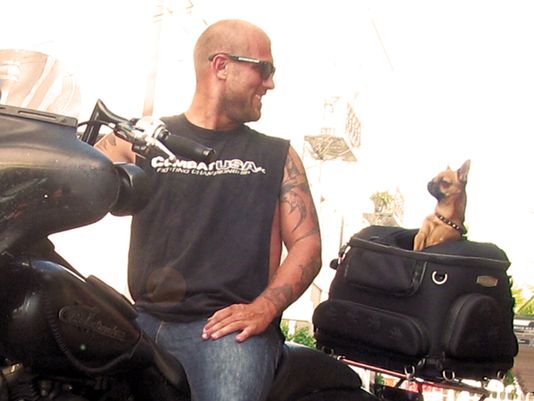 There’s more to this than just donations.  Scooter and Sandoval are also working on a world record while they do the charity run.  They hope to be the dog and man team that has traveled the most miles together on motorcycle

Scooter seems to be enjoying the ride especially.  Which isn’t hard to imagine when you’re that cute, and ride a motorcycle. 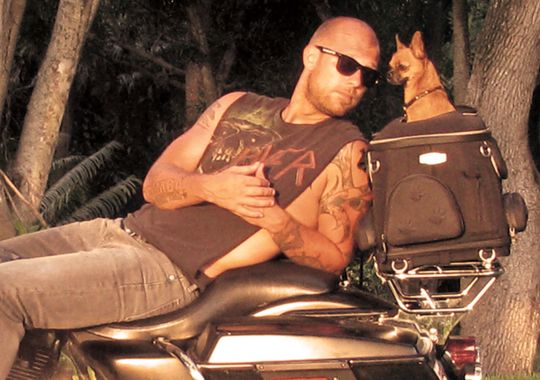 “He’s a road dog man, Scooter loves the road,” said Sandoval.  “He’s been about 25,000 miles since we left and he gets a warm welcome everywhere we go.”

Sandoval and Scooter are finding tons of support everywhere they go.  After visiting Grand Rapids, Michigan, they found themselves some friends that were 100% behind them in their efforts to raise money.

“It takes a lot of dedication to take 18 months out of your life like this,” said Jim Vendeville.  Vendeville is the operations director for Fixed Harley, a dealership out of Grand Rapids.  “I really admire someone who’s willing to do this and that’s why we wanna fully support his cause.”

If you’d like more information on Sandoval and his efforts, you can go to www.ScootinAmerica.com, or click here. 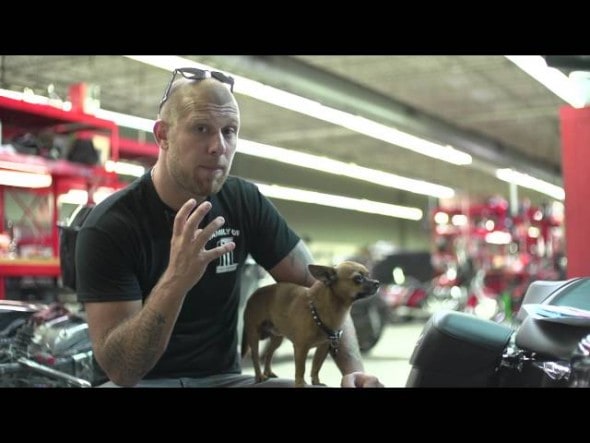