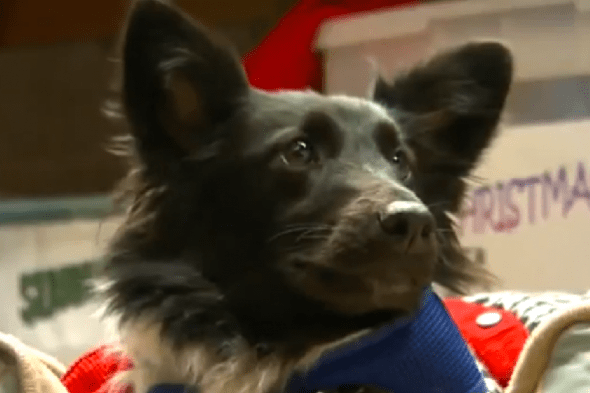 When a fire broke out in Paul Kemp’s Iowa home early Tuesday morning his dog Sheba would come to the rescue and get him out safely. When Kemp got safely outside he realized Sheba had not come with him, so he rushed back into the burning home to save his best friend.

Paul Kemp was sound asleep when his Shetland Sheepdog Sheba began jumping on his chest. When he finally woke up from Sheba’s efforts he was alarmed to find a raging fire only ten feet from him.

“Her first instinct was to wake me up, you know, thinking about me first,” Kemp said.

Kemp tried to throw water on the fire, but realized quickly that wouldn’t help. He ran from the home thinking Sheba was right behind him, but when he made it safely out of the home Sheba wasn’t with him.

The fire devastated Kemp’s home, but Kemp is glad he and his best friend are both safe.

Kemp is thankful for Sheba and has been proudly telling her heroic story, especially to his co-workers at Animal Lifeline Thrift Shop, a no-kill shelter for abused animals that Kemp has worked at for about six months.

“He just loves that dog,” said assistant manager Amy Jones. “He’s so thankful for what happened and what he’s got. That dog is his life, his pride and joy.