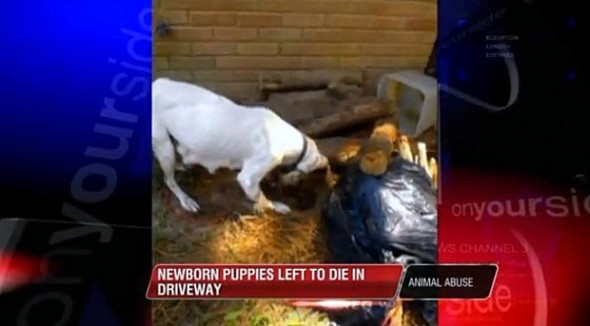 A Memphis man was arrested and a starved dog has been rescued, thanks to the actions of a good Samaritan neighbor, who wishes to remain anonymous.

Migel Martinez was charged with aggravated animal cruelty for allowing his pit bull to become so emaciated that she could not feed her 11 puppies, who tragically starved to death.

The neighbor reported that the dog had no access to food or water, and had clearly visible bones. When he first saw her, she was so tangled in a cable she could not reach her puppies, who were in the driveway.

He tried for three days to get Martinez to take care of the suffering dogs, even offering to take all of them. 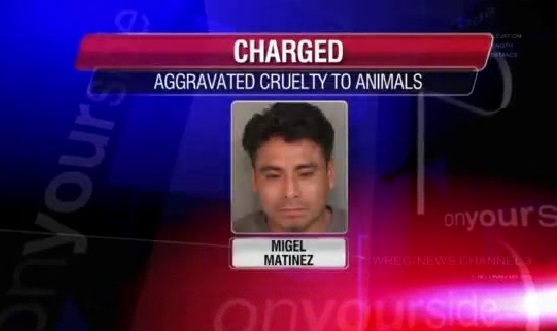 But Martinez refused help, laughing the situation off, and allowed the puppies to die a slow and agonizing death. The neighbor placed the dog and her puppies in a box, and gave food and water to the mother, but it was too late; she was just too sickly to produce milk for her pups.

He recorded video of her burying her puppies to bring to authorities.

“It was just sad, though, because she had a dog in her mouth and was looking for somewhere to put the dog and she was just digging a hole,” he said.

He had called the Humane Society, but an animal cruelty investigator was not “scheduled” to check on the dying animals until it was too late.

“That’s animal cruelty,” the neighbor said. “If you don’t want a dog, why get a dog?”

Tragic as it is that all the puppies perished, at least by the grace of this good man, the mother was saved and will hopefully be given a chance at a happy life.