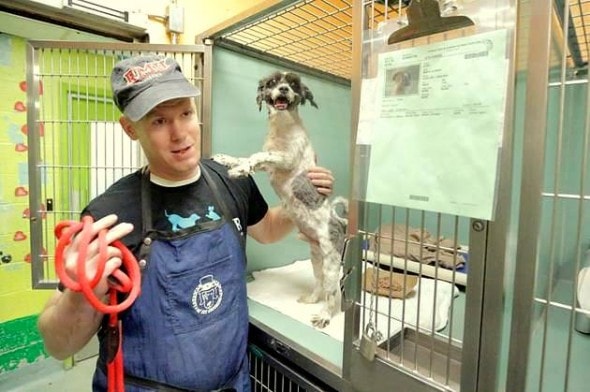 Mark Imhof, or as he likes to be called, Mark the Dog Guy, used to be a CPA, but found his work to be unfulfilling.  So with encouragement from his fiancée, he trained to become a dog groomer and open his own business.  He collaborated with the Animal Care Centers of New York and is giving free haircuts to shelter dogs in an effort to help them find homes – and it’s working.

Any passion Mark had for being an internal auditor was gone, and he was contemplating a career change when his fiancée suggested that he do something with dogs because he loved them so much.

She was right – he had just adopted two senior pit bulls last year from Susie’s Senior Pit Bulls.  After doing the math, he was sure he could go into the dog grooming business.

He attended the American Academy of Pet Grooming, and in almost no time at all, Mark the Dog Guy was born.  He quickly learned just how much of an impact matted fur can have on both dogs and people. 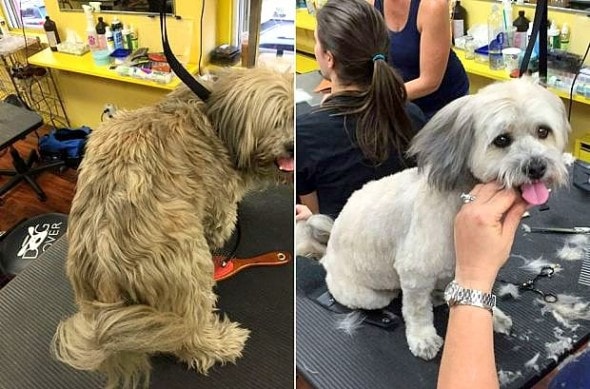 “The first dog I ever worked on was Ernie.  My hands turned black from the dirt that was caked on Ernie as I brushed him out,” Mark told Metro.  “I had to re-apply the shampoo three times to get the dirt off of him, but he came out adorable.  It was really then I thought that the shelter dogs could probably use a cut, too.”

When he finished with grooming school, he contacted Animal Care Centers of New York, where he offered to volunteer his services.

One of his favorite success stories was with Falko, a black poodle.

“Falko had just come into the shelter and [matted fur] terribly over his body.  I didn’t have a lot of time to finish him and I wasn’t happy with the cut, [but] Adoptions at ACC were going to take him to an adoption event that day.

“I think it was then that the ACC really recognized how I could help the dogs get adopted.” 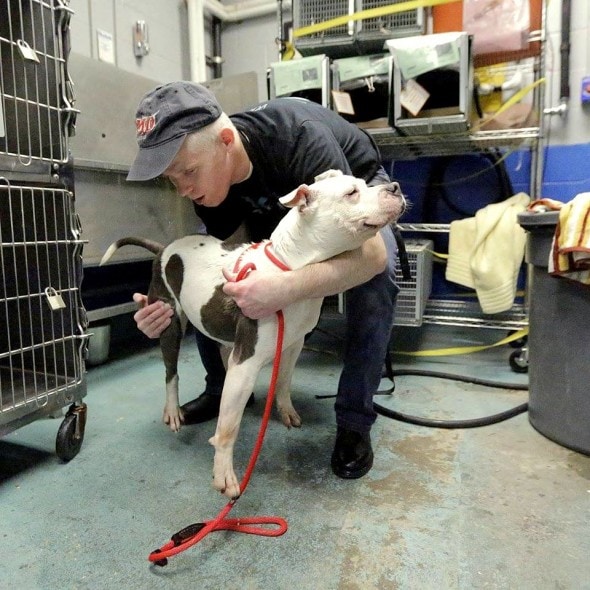 Now he has helped lots of dogs regain their confidence and by eliminating the pain they’re in from matted fur, they’re able to show shelter staff their true personalities and behavior.

One of the dogs he worked on, Elmo, was covered in almost two inches of matted hair that was nearly as hard as plastic.

“Of course he’s going to be in a bad mood or have behavior issues because his hair is just pulling every time he moved,” Mark said.  “Imagine if all of your hair is glued together on your scalp and looked like a ’70s shag carpet, so every time you moved it hurt. That’s what matted fur is.” 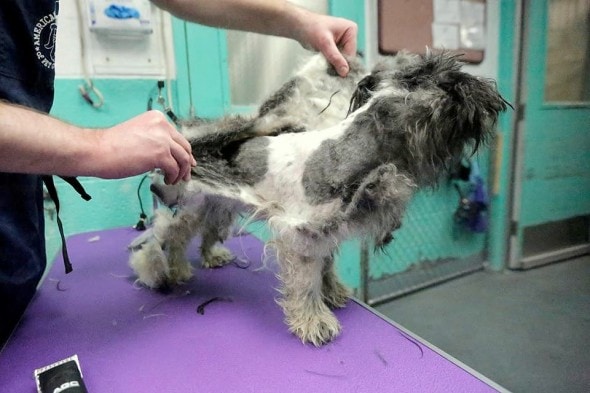 Many of the dogs he has groomed – even ones on the “unadoptable” list – have now been adopted.

“There are certain people who can see through a dirty dog and see the soul inside of it and know there’s a beautiful dog inside of there.  But for most people, when something looks more physically appealing, it’s going to be something you want to take home with you.”

He hopes that more people will be inspired to adopt once they see how polished these shelter dogs can look.  Besides, he notes, older dogs are usually a lot less work.

“These senior dogs are already potty trained and they know what the shelter is like, and they don’t want to be there.”

See more of his amazing results below! 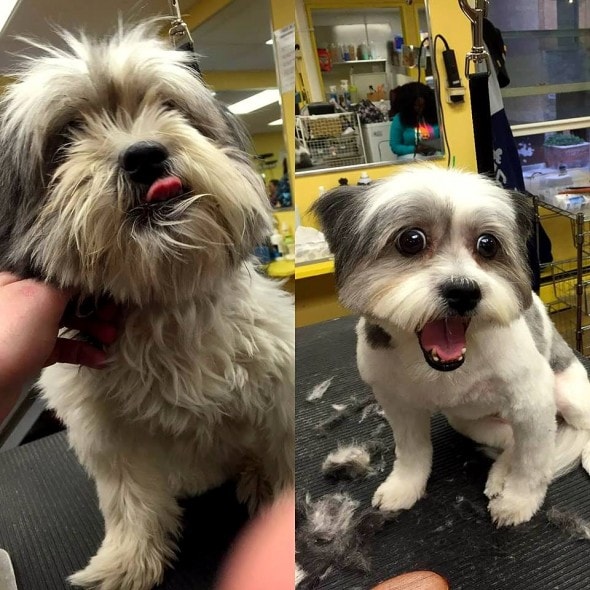 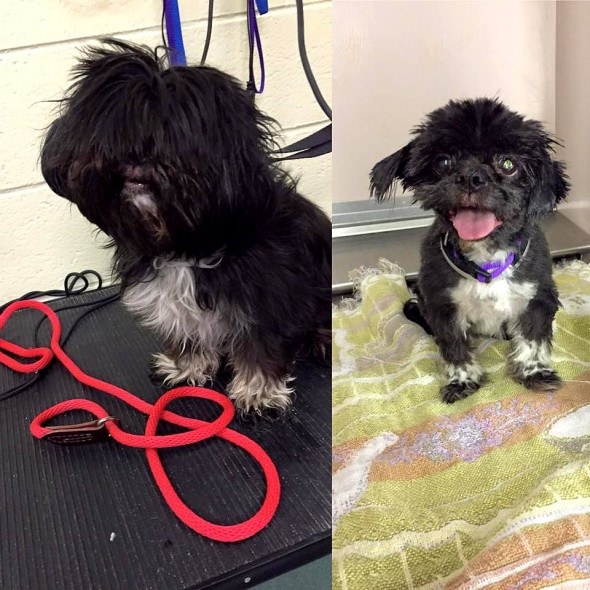 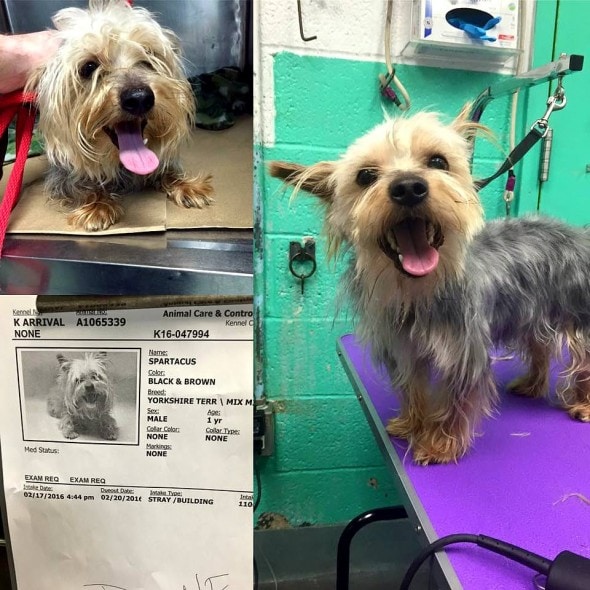 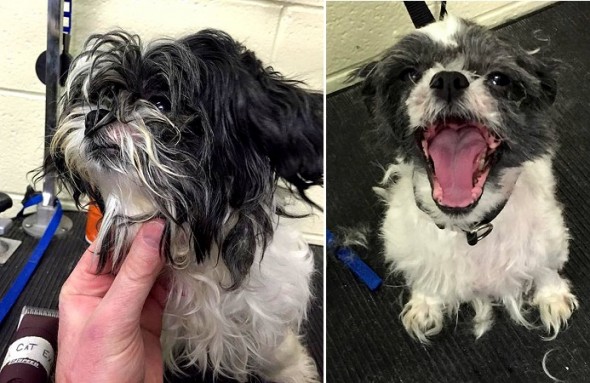 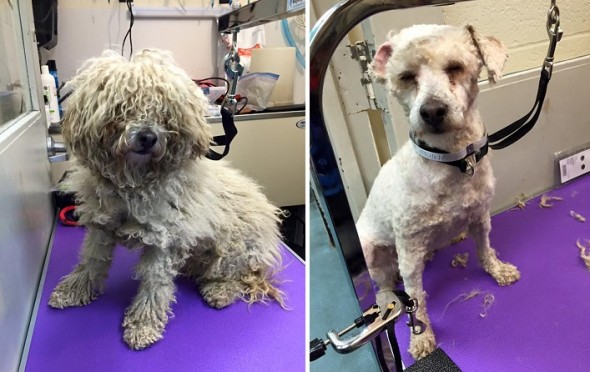 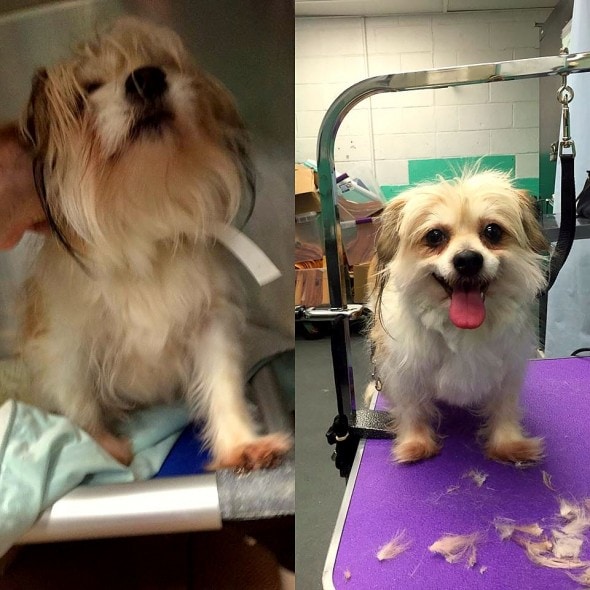 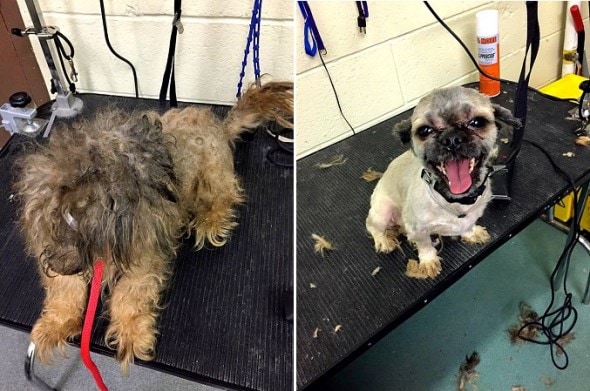