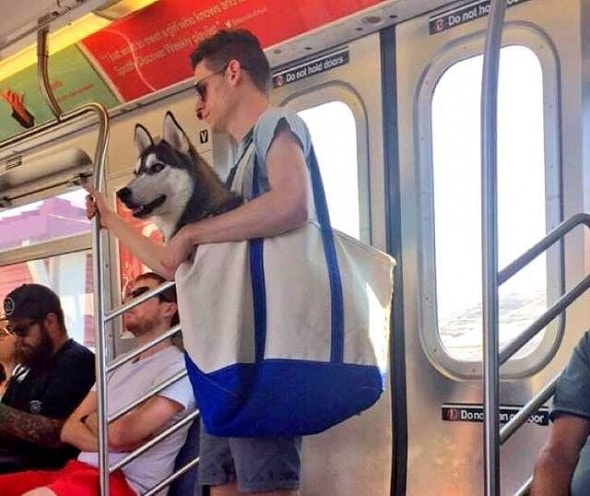 In today’s day and age, things all over the world can seem like they are going straight to hell.  Terrorism, global climate change, the fact that an orange-skinned man with hair not unlike a tumbleweed is possibly going to be the next American President (calm down folks, we’re just poking fun, here).  Yep, if you’re human, things look pretty grim right now.  However, enter this guy, with his husky, in a tote bag on the subway.  Why you may ask?  He just wants to cheer people up.

This guy has been spotted, bringing his pet husky with him in a tote bag on the New York City Subway.  The husky really doesn’t seem to mind being in the bag, and being so adorable must help get a lot of attention, and what dog doesn’t love getting tons of attention?!

When asked why, the man simply says that he just wants to brighten people’s days.  We think that given the state of things in this world today, this is a VERY noble cause!