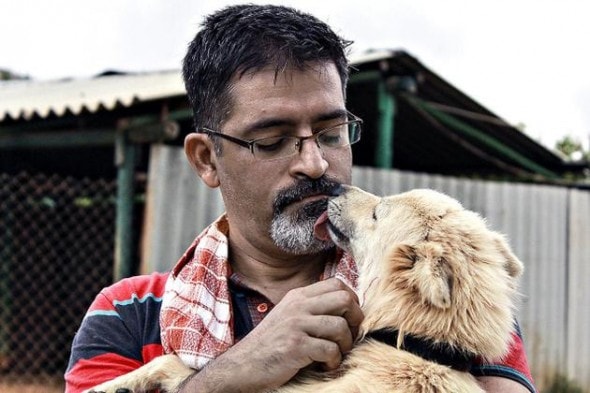 In the Indian state of Karnataka resides a man by the name of Rakesh Shukla, and thanks to the important work that he does, he’s earned himself quite a nickname.  People there call him “The Dog Father,” because without him and his efforts to provide food love and comfort to over 700 dogs in the area, who knows what might happen to them.

It’s no secret that there is a stray dog problem in many places around the world.  India is no exception, as there are many old, sick and unwanted dogs that fill the streets in need of care.  That’s why Shukla created his three-and-a-half acre sanctuary that now houses 735 dogs.

“I’m the last stop for these dogs. They are no longer cute and cuddly. Many are sick and no longer wanted,” said Shukla.

Before he dedicated his life to rescuing strays and providing them with a place to call home, he was a software engineer that even opened his own company, and has worked all over the world. 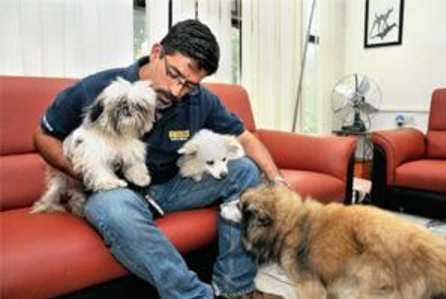 “I had worked in Delhi, in the United States and then set up my own company in Bangalore,” he said. “Life was all about buying big cars and expensive watches and living a fancy life.  I had traveled and seen the world many times over, but then I was not happy.”

If asked, Shukla points to the moment that he met a golden retriever called Kavya as the turning point in his life that brought him to where he is today.

“It was a physical feeling, my hair was tingling, I could feel a warm glow. And I’ve never needed to ask myself that question – ‘why am I here?’ – again after that,” Shukla said. 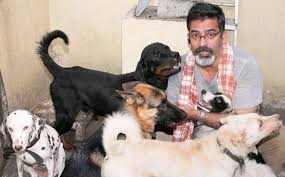 It wasn’t long after bringing his first dog home, to where he was bringing home just about every single abandoned dog that he came across.  Eventually the population of dogs was starting to make his wife feel a bit crowded out, so he bought some land and began a sanctuary.

To do what he does, it cost Shukla about $663 a day.  That’s a price that far more often than not he’s paying by himself.  However, he knows that the work he does is vital to these dogs, and wouldn’t change a single thing about his life now in any way.