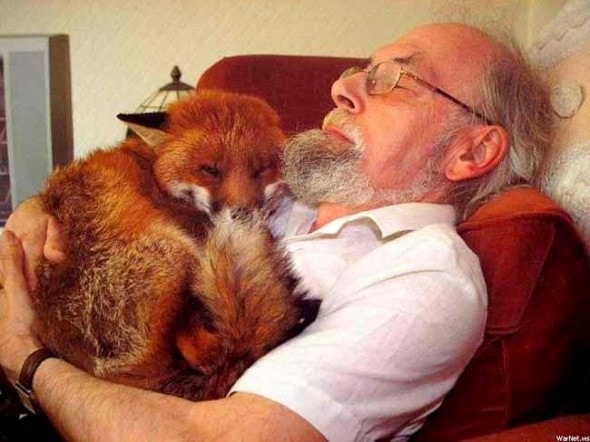 An oldie, but worth sharing:  Back in 2007, a man named Mike Towler rescued a fox that had been badly attacked and was suffering from toxoplasmosis.  He named the little guy Cropper, adopted him and became best friends with him.

Cropper had been attack by a dog and was left to battle toxoplasmosis on his own.  Out in the wild, he would have died.  Mike took him in and got him proper medical care.  He nursed Cropper back to health, but because of his injuries, he could not survive on his own. 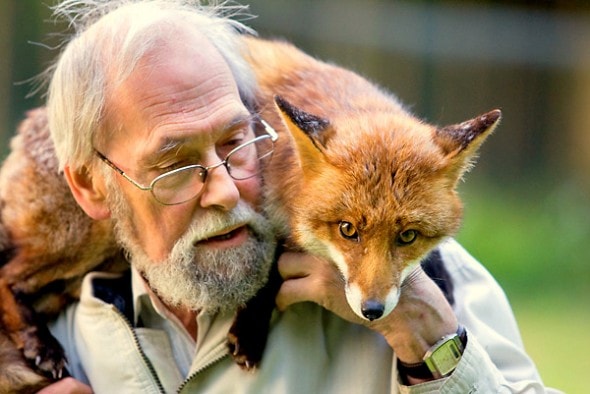 Because dogs and foxes are related, it should come as no surprise that living like a dog was heaven for Cropper.  He’d go on (leashed) walks, eat out of dog bowls, and even give belly!  He loved snuggling up with the kitties, but mostly he liked to hang around with Mike.

It is rumored that Cropper has since crossed the rainbow bridge, but Mike continues to take in orphaned fox cubs and raise them until they can be released back into the wild.  Some move on and establish their own territories, but some stick around for dinner each night. 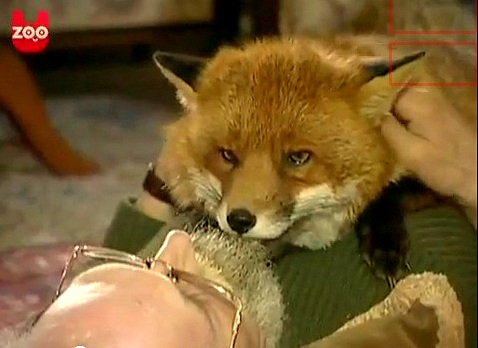