Alabama resident Greg Cook thought he lost everything when a deadly tornado touched down in Alabama, tearing homes from their foundations and leaving entire neighborhoods devastated. Cook’s home was leveled by a twister that ripped through the Athens area earlier today, and the East Limestone man assumed his dog had died when the house collapsed.

Fortunately, that assumption was proven incorrect when Cook and friends who were helping him sift through the rubble made a remarkable discovery: Coco had somehow managed to survive. 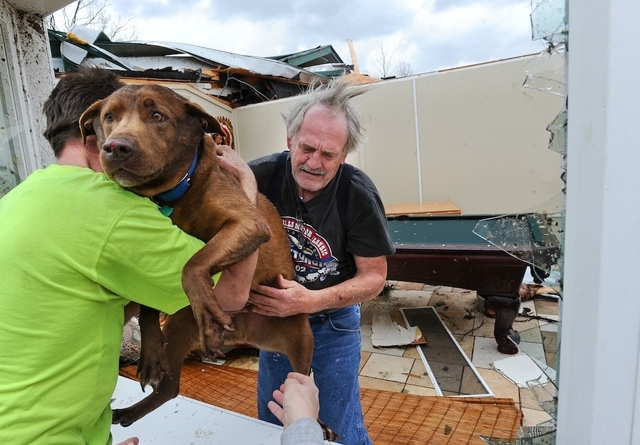 Greg Cook hands his dog Coco to Donnie Watts inside the destroyed home in Limestone County.

Nobody knows how the dog lived through the storm, but all were content to accept it as a hopeful miracle in the midst of tragedy. 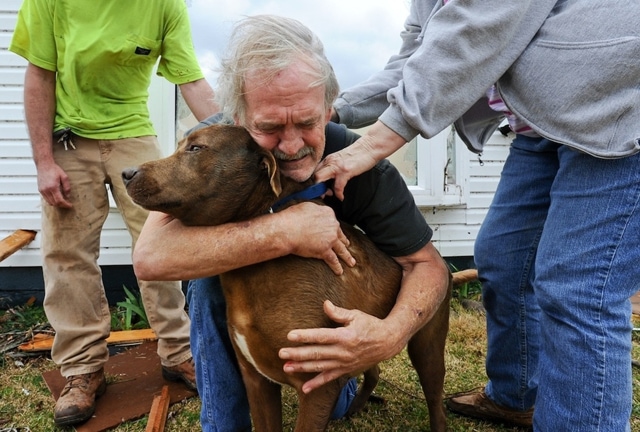 An emotionally exhausted Cook sobbed when he was finally reunited with Coco.