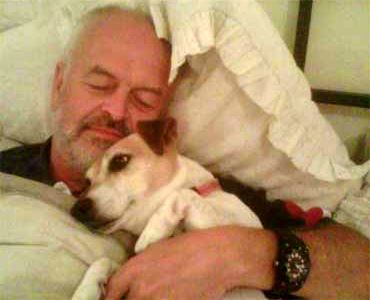 Some men may be in the dog house with their wives for this one, but it’s four paws up to the man who saved his dog from a sinking yacht before his woman.

Graham, his wife Sheryl, and their nine-year-old Jack Russell terrier traveled from their home in South Africa to take a three-month sailing vacation around the world.

Nearing East London, their boat hit a reef and began to capsize. Graham, a volunteer for South Africa’s National Sea Rescue Institute, had to act fast.

“As the incident happened Graham sent a mayday radio distress call and activated the EPIRB (emergency position indication radio beacon), but they were immediately forced to abandon the yacht,” said Geoff McGregor of the National Sea Rescue Institute. 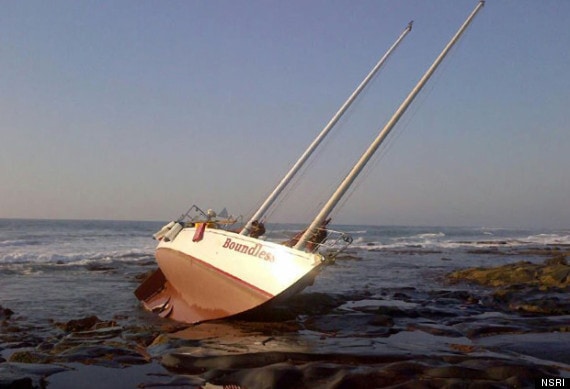 “Graham told us he first swam Rose ashore safely before returning for his wife, whose safety line had become snagged on steering gear,” McGregor said.

Rosie had been donning a “specially tailored dog life-jacket which has its own emergency strobe light attached to it,” but she could have easily drifted away and been swallowed by the sea.  It was actually Sheryl who insisted that Graham save Rosie first.

“She insisted that Graham take the dog to the beach and then come back to help her,” McGregor said.  “By the time Graham got back to assist her she had cut herself free and then they both came back to the beach.”

Graham then went back for his wife before the boat completely flipped. A rescue helicopter soon arrived to take Rosie and the Anleys to a local sea rescue base.

The couple will try to salvage what they can of their belongings on the Boundless, but are just thankful they and Rosie escaped with their lives.