Sebastian Delgato has had it very rough this past year.  At 22, he began having seizures and hadn’t been prone to them before.  After some medical testing, he was diagnosed with a rare form of brain cancer.

“They found a tumor in my head, so I knew I had to get brain surgery,” said Sebastian.

He saw many doctors, had many tests and procedures done, and the entire time, his dog Maiden wouldn’t leave his side.  They were one in the same.

“I took her walking, we went hiking, all that stuff, you know,” he said. “I just did everything with my dog.”

“The first thing that he asked me when he got out of surgery is, ‘Where’s Maiden?'” said Delgado’s girlfriend, Monica Tomer. “He could hardly talk or say his own name, but he remembered his puppy.”

However, on Saturday the ten-month-old Maiden went missing.  While in the care of some family friends, Maiden discovered an opened gate, took off through it, and hasn’t been seen since.

Now, a desperate search is on to find Maiden for Sebastian.  The family has even contacted their local news outlet Eyewitness News ABC7, pleading for anyone that knows where Maiden is, to please help.  There are posters and fliers that have been put up all over town.  Monica and Sebastian have even called every animal rescue and local pound where it would even be remotely possible for Maiden to be brought to.  So far, nothing has turned up a single clue. 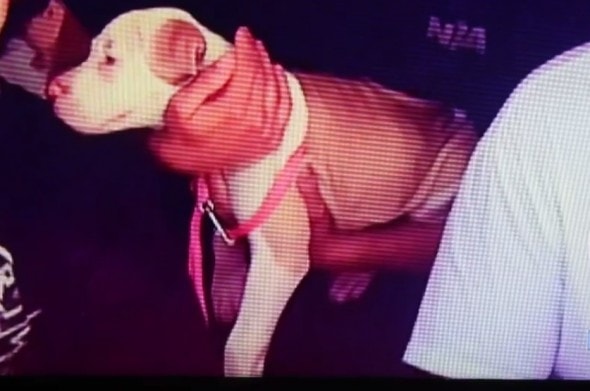 “It just breaks my heart because he deserves to have her,” Monica said.

Doctors are also saying that finding Maiden for Sebastian is very important to his overall health as well.  It’s likely that because of the rare form of cancer he has, the tumor has a high likelihood of returning, and there will be more treatments and tests to come.  Having Maiden actually does make things easier for Sebastian.

Sebastian describes Maiden as: “She’s got big ears, a pink nose with like little brown freckles on it, green and brown eyes and she just looks funny, but she’s cute though.”

Sebastian is fearful for what might be happening to Maiden.  He may still not be in the best of health, but his first concern is for her safety.

“I hope they’re not doing anything wrong to her because I know she’s a pit bull and a lot of people do bad stuff to them. I just hope they give her back to me,” he said.

To see Sebastian and Maiden’s Facebook page, go to www.facebook.com/SebastianandMaiden, or click here.  Anyone with information on Maiden’s whereabouts, or any possible sightings or clues are urged to call 909-450-6136. 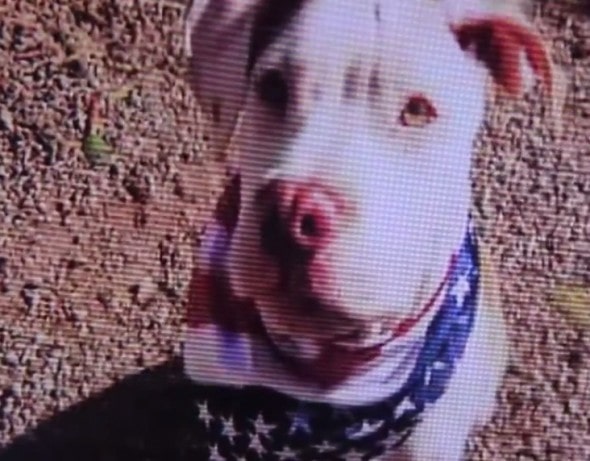