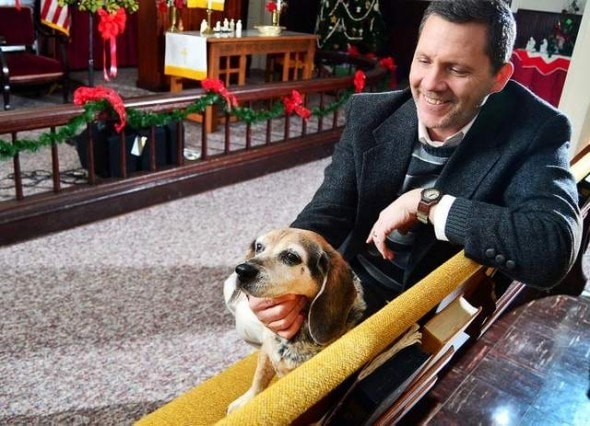 A Maryland church is recognizing that dogs are an important part of many families. This Sunday they will be holding their first canine service.

The Mt. Zion United Methodist Church in Smithsburg, Maryland got the idea from a church in Wisconsin that started encouraging parishioners to bring their dogs to church last year. The church hopes they will attract more people to services by including their four-legged family members.

“There are some folks who don’t lie leaving their pets, especially dogs, at home alone,” said Rev. Al Deal. “I thought it would be nice if they could be provided with a warm, welcoming and comforting place to worship with their canine companions.”

Deal understands the important role dogs play in many families. He and his family have a 13-year-old beagle named Holly.

The canine service will be offered the last Sunday of every month. If the service is successful Deal plans to expand to having a Sunday school that includes dogs as well. So far response to the idea hs been mostly positive.

“I believe the biggest concern is about cleanup duties after the service,” said Rev. Deal. “I have promised to take care of that. I’m also thinking about providing bags so that owners can clean up after their dogs outside of the church.”