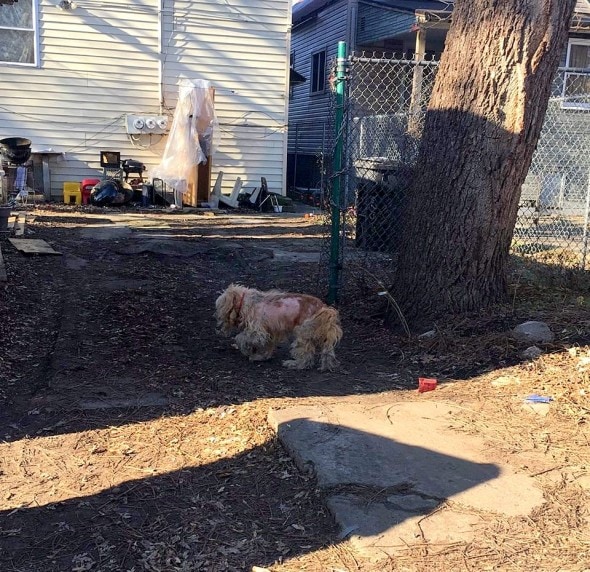 Evan, named after he was rescued, was spotted eating garbage on a street in Chicago.  He was so badly matted that his fur had been tearing away, exposing his highly sensitive skin to the icy air and causing frostbite to set in.  But now he has been saved and is recovering with the love of Trio Animal Foundation’s wonderful staff. 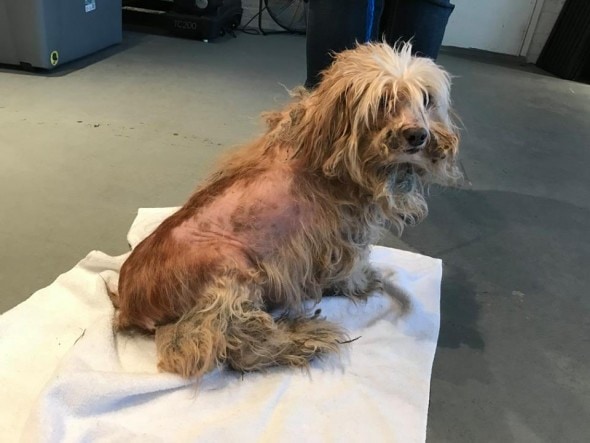 It is clear that Evan once belonged to somebody, though badly neglected in every aspect.  He doesn’t appear to be malnourished, but his abdomen is distended, likely from parasites or filling up on non-digestible materials.  When a dog becomes this matted every movement hurts, as the skin is stretched when the hair is moved.   And his claws were so badly overgrown that his feet would strain to walk, causing immense amounts of pain.

Here is what TAF posted about Evan on their Facebook page: 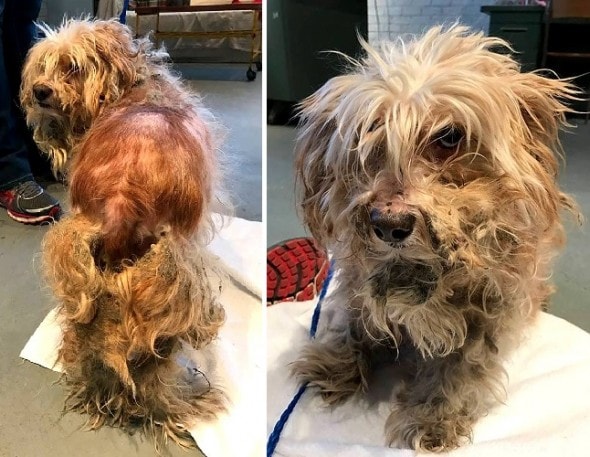 2017 IS ALREADY STARTING OFF WITH AN ABUSE CASE…

This afternoon, TAF was contacted about a stray dog picked up on the south side of Chicago. The dog had been seen eating out of a garbage bag and was in deplorable condition. Because he had been so matted, much of his fur had already ripped out from his skin. Before long the matted fur on the rest of his body would follow suit. His exposed skin showed signs of frostbite and sores were starting to show. 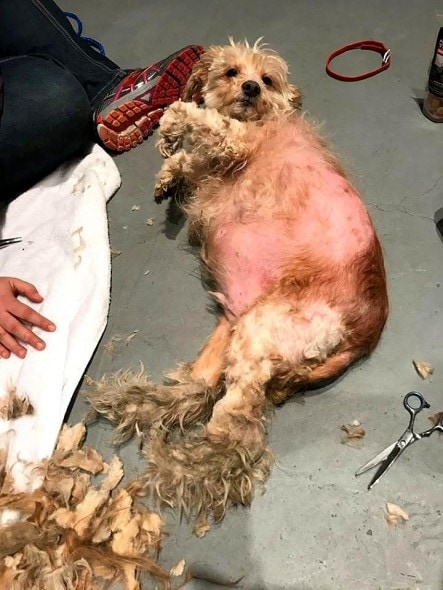 With there being a couple hour wait to see a vet at the ER, we decided to bring Evan back with us to start grooming him ourselves. After about two hours, we were able to safely get through all of his remaining matted fur and give him a bath to clean his wounds.

The photos in this album really tell the whole story… 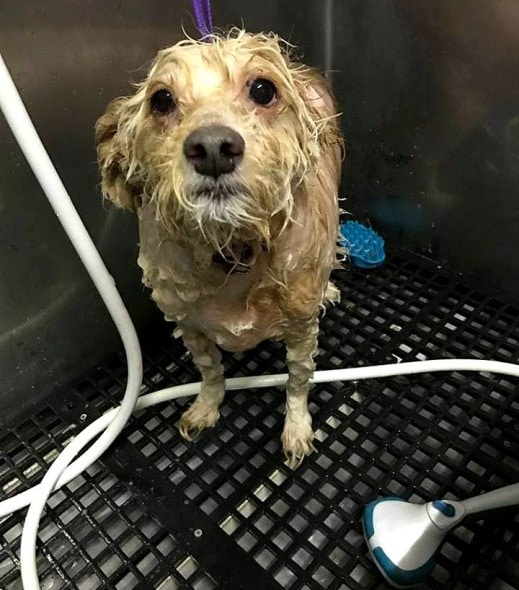 TAF would like to thank Frank for not only stopping his car when he saw Evan but for bringing him to us. Who knows how much longer this poor guy could have lasted outside in the cold or survived in such a dangerous neighborhood. Frank said that he could hear gunfire when he was leaving with Evan. In much of Chicago, it is a sad state of affairs and the animals are suffering just as much as people. 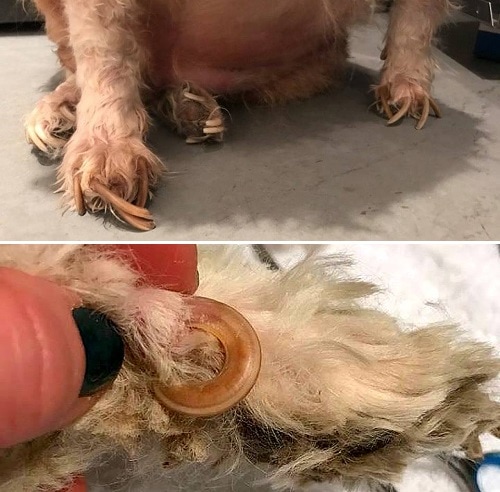 For those who have emailed, yes, we did cut Evan’s nails… of course we did. This is a before photo. However, you cannot cut them short as his quick’s have grown out with his nails. We need to slowly trim them back with time.

If you would like to help Evan or any of TAF’s other animals in need of medical attention, please click here. 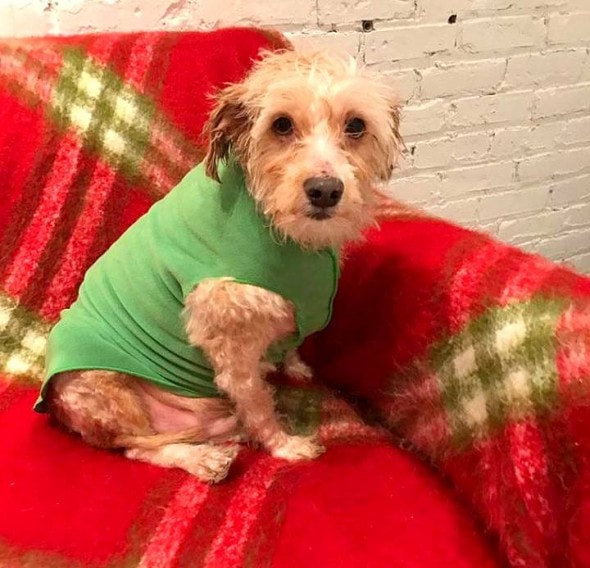 2 thoughts on “Matted, Frostbitten Dog Saved by a Good Samaritan”