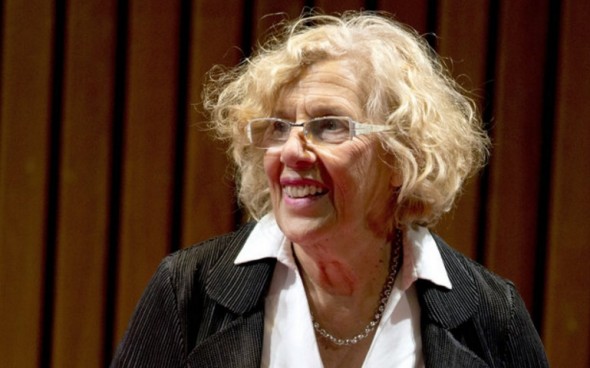 Contrary to popular belief, not everyone cleans up after their dog when they poop on a sidewalk.  If you live in Spain’s capitol Madrid, you REALLY don’t want to forget to do it.  The mayor is threatening to assign people street cleaner duty as part of an offender’s consequences for not cleaning up after your dog.

Mayor Manuela Carmena is putting out a warning to all poop offenders.  Along with stiff fines, repeat offenders could find themselves doing street cleaning around the city on weekends.  Law enforcement in Madrid are gearing up for a crackdown on serial offenders.

The plan is to start off in two of the city’s two worst districts as far as the number of people not taking care of their “dog’s business.”  Apparently, the numbers of offenders in these parts of the city all but refuse to pick up after their dog.

The fines won’t only be forced labor either.  People could find themselves shelling out €1,500, which is about $1,700!  We’re pretty sure that cleaning up after you dog has got to be a lot less of a hassle than pulling street cleaner duty and dropping a big chunk of money.