Vicki Wagner’s two dogs Peanut, a Chihuahua, and Bella, a Pug-Beagle mix, were poisoned with meat laced with strychnine last November while they were out in their fenced yard in Omaha Nebraska. Earlier this month, Murphy, another small dog who was visiting the Wagner’s home was poisoned too. Luckily, Murphy survived the incident.

“Murphy was shaking real badly,” said Wagner. Remembering what happened to her own two dogs months before, Wagner advised Murphy’s owner to take him to the vet as soon as possible. 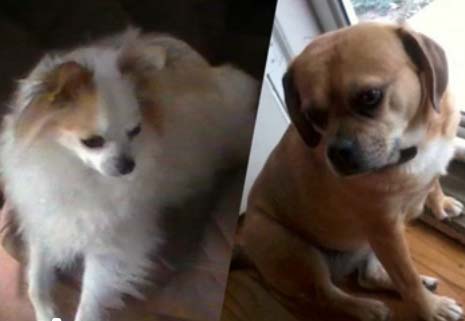 The Wagners have lived in the neighborhood for over ten years and don’t believe to have any enemies among their neighbors.

“I don’t know all my neighbors, but the few I know are just very nice people,” said Wagner. “I don’t know whether someone is targeting us.”

The Wagners and the Nebraska Human Society want to put and end to this. They want to know who is poisoning the dogs.

“I just want to find out whoever is doing it. It’s just not right,” continued Wagner. “You’re a sick individual if you are going to poison poor defenseless animals like that.”

According to Mark Langan of the Nebraska Humane Society, the society will push to prosecute those found guilty.

“Whoever is doing this, it might not be a big thing in their mind,” said Langan. “But if we find them, we will push for a felony prosecution.”