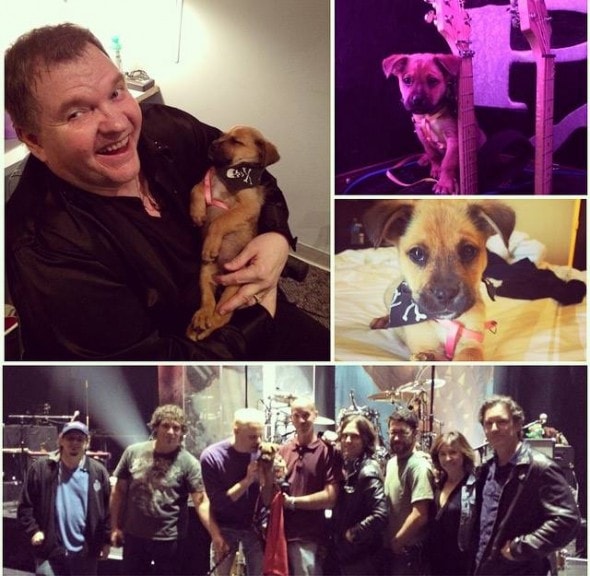 While rehearsing in Mexico, singer and actor Meat Loaf’s crew witnessed someone abandoning a small puppy behind a dumpster.  So he and his mates rescued her, and now she’s got herself a brand new home.

Meat Loaf – best known for his rock ballads and roles in The Rocky Horror Picture Show and Fight Club – believes he was put on this earth to be a good man with a kind heart.  Well, a good man would rescue a puppy, so that’s just what he did.

“Some of you already know that the other night after our rehearsal, our crew saw someone dumping this beautiful baby girl behind a dumpster. They scooped her up and after a couple days of vet visits, sleeping, lots of cuddles and settling into life on the road, Little Ms. Karma, left us last night to go to her new forever home.

“We’ll miss her but she’s on her way to her new momma and sisters and a big ole ranch to run around and we’re even more excited that she’s staying a part of the extended Meat Loaf family forever!!!”

Sounds like he and his crew are the ones who’ll have good karma.

114 thoughts on “Meat Loaf Would Do Anything for Love… PUPPY Love!”