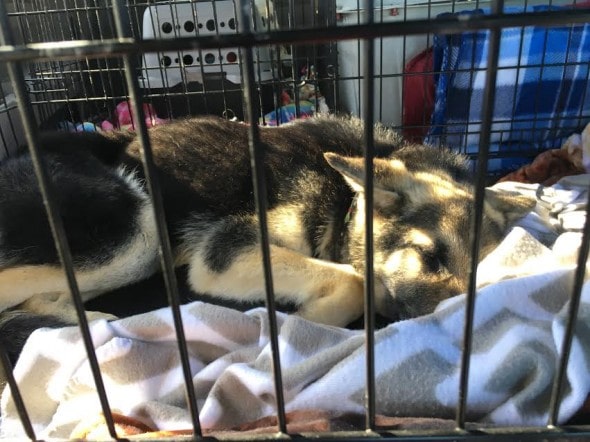 Mercy is a German shepherd with some very special needs.  She has mega-esophagus, and the people that had her were just not capable of helping her.  They kept her out on a chain because of her constant up.  She’s been rescued, but needs our help to keep going.

Let’s see what her rescuers have to say about her: 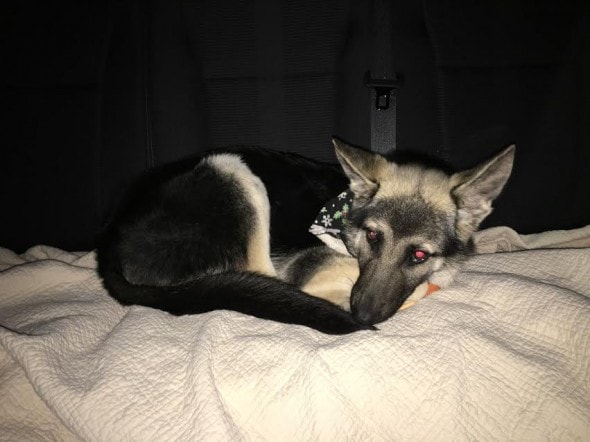 On December 30, 2016 my friend and I drove down from Dayton, VA to Anderson, SC to save this sweet 8 month old GSD, Mercy, from life on a chain.  We left at 1:30am, drove through multiple snow storms passing through NC where traffic was stopped with snow covering the roads and finally made it at 10:30am safely in Anderson, NC.

She was diagnosed by a mobile vet with mega-esophagus in May 2016.  Her owners could not afford any further testing so the diagnosis was only based off of the symptom of her throwing up after every meal. They placed her outside on a chain because they could not have her throwing up inside. 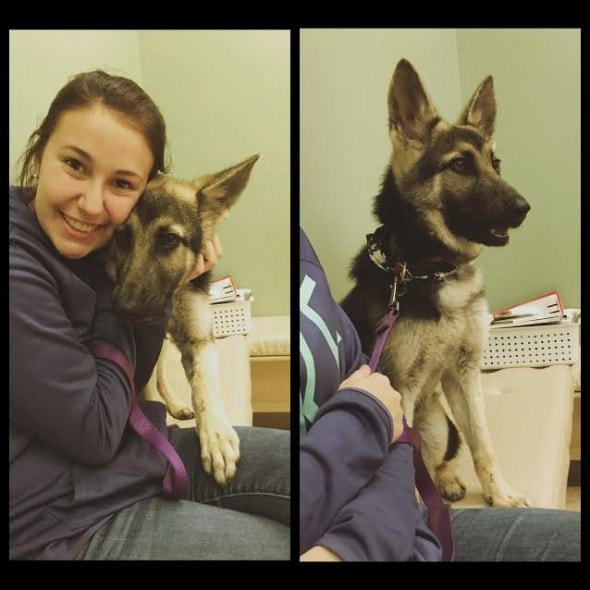 She is skin and bones.  That being said, we are going to do EVERYTHING we can to save her.  It could cost thousands of dollars but we are willing to do whatever it takes.  After spending hours at the emergency vet last night, we finally got her home at 2am.  Although we received news that we were hoping wasn’t true, we are trying not to be discouraged.

She is severely underweight at 8 months old and has plaque built up on her teeth due to malnutrition. She only weighs 21 pounds.  Most GSD’s at 8 months old weigh at least 50 pounds.  X-rays show that it is mega-esophagus and it is quite severe.  She also has a slight case of pneumonia but no fever so they gave her an antibiotic shot. 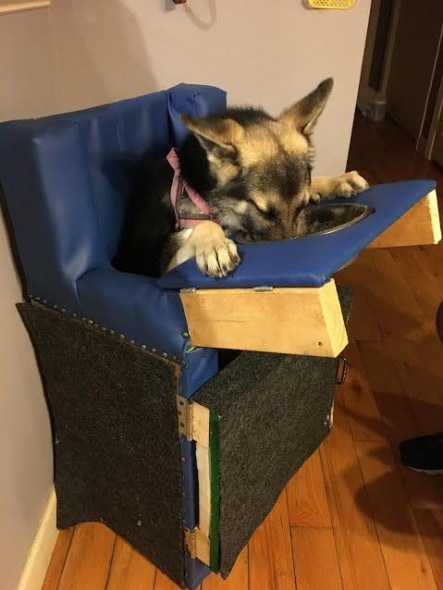 She was not dehydrated which is good but her white blood cells were slightly elevated due to the infection.  But there is something positive in all of this, based off of the X-rays, there is the possibility that the mega-e is being caused by the 4th right aortic arch, which means it CAN be fixed!

I know it’s not much hope, but it’s better than none.  We were referred to Virginia Tech but we are waiting to hear back from a specialist today.  The surgery to correct this condition can cost up to $4,000 but we will do whatever it takes to give her a second chance at life. 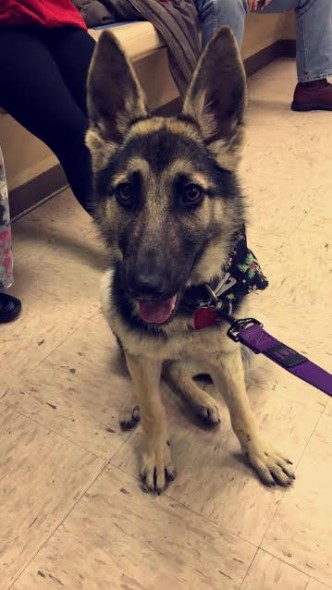 We are wanting to get her in ASAP as she is getting worse and the longer it progresses the chances of fixing it decrease.  She was very sick this morning and it broke my heart.  We fed her last night in the bailey chair and it still was not enough to make her keep it down.  We chopped her food in the food grinder and mixed it with water to make it soupy so the chances of it getting stuck in the pouch of her esophagus was decreased.

I gave her a meal at 1:30pm today and so far she has kept it down and I am so happy!  We are trying everything we can for her.  We are praying for a miracle.  We go to VA Tech on Monday to get advanced imaging and a cat scan done to see if it is the aortic arch and if it can be surgically fixed. 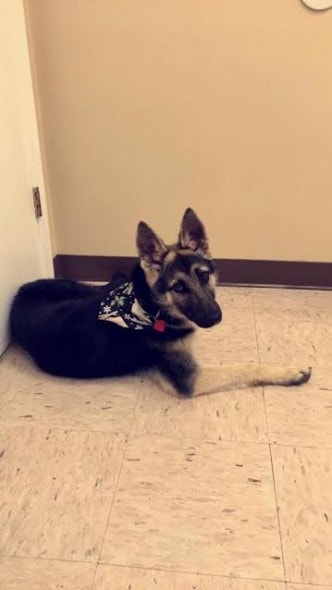 To donate towards Mercy’s surgery: http://www.valleyrescueofvirginia.com/donate.html 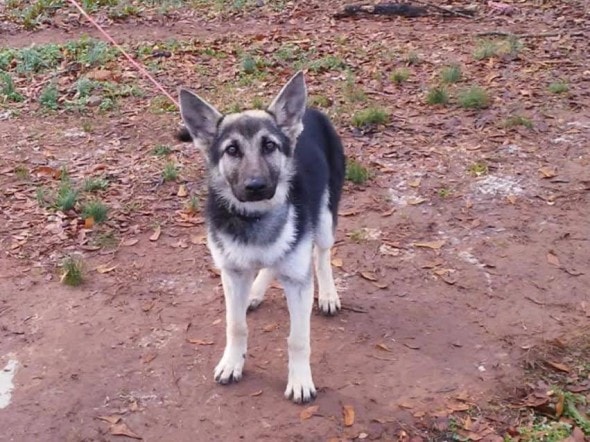