Currently on location in Romania filming the thriller Dead in Tombstone, Mickey Rourke has adopted a stray dog he found on the set, and has been so moved by the plight of Romania’s street dogs that he has promised to build a new shelter to house them. 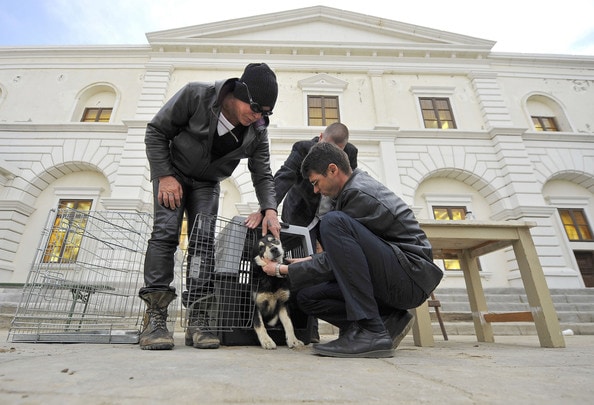 According to the Bucharest Herald, Rourke said he made the decision after learning that Romania is full of stray dogs. “The shelter will be called The wild dogs of Romania sanctuary and Rourke underlined that“nobody will make any money from this investment. He also said he will come to Romania whenever necessary to see how the project is going.

Rourke has found several partners for the project, such as veterinarians Mircea Zeta and Simion Corneliu and David Martinez, a Spanish man who is working in Romania.”

Rourke said the shelter will be the size of a football field – supporting a capacity of thousands of dogs. Rourke is said to be negotiating the purchase of a plot of land in the south of the capital that will be the eventual site of the shelter.