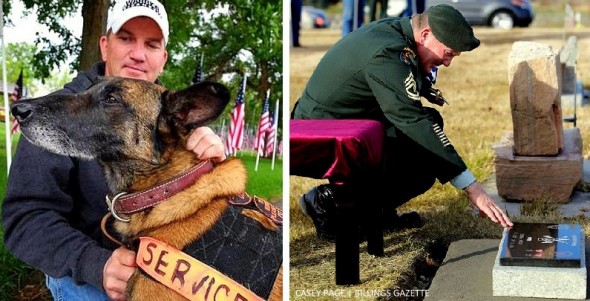 On Wednesday – Veterans Day – a memorial service was held for Major Mike, a nine-year-old Belgian Malinois who sniffed out explosives in Iraq.  He was discharged honorably, but was tragically shot by a bicyclist last month.  Over 100 people turned up for his service.

Wednesday’s service was sad for all in attendance, but especially so for Sgt. 1st Class Matthew Bessler of Powell, Wyoming.  He was Michael’s handler, and later his adoptive dad when they were discharged.  He called the dog his “brother, protector, co-pilot, and best friend.”

Bessler met Mike before one of his six deployments overseas, and the pair served together as handler and bomb-sniffing dog for over a year.

“They lived, slept and worked together in a powerful partnership, serving their country, their army, their special forces and their brothers in arms,” Rev. Megan Nickles of St. John’s Episcopal Church said at Wednesday’s service. “The work Mike did with Matt spared countless lives.” 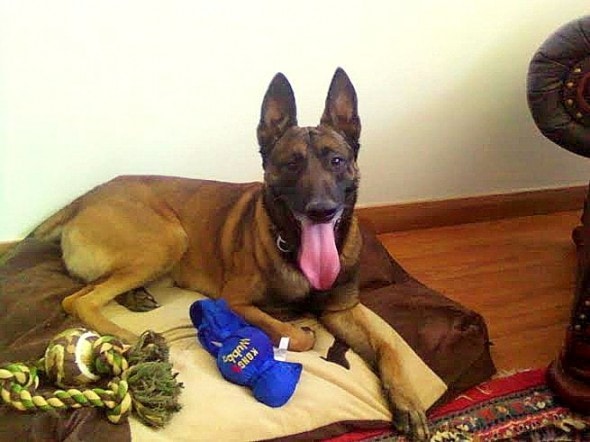 The two-time Bronze Star recipient came home from Iraq with PTSD.  So did Mike.  But in a rather unusual instance, Mike was able to be retrained to be a psychological service animal (not a therapy dog).

“It was in their mutual woundedness that they began to heal,” Nickles said.  “The horrors and nightmares they held in common were the very thing that healed those wounds.”

She said Michael knew just what Bessler needed… knew him better than anyone else.

“We couldn’t talk, but Mike understood — or I understood ‘doganese,’” he explained.

But their time together wasn’t meant to last. 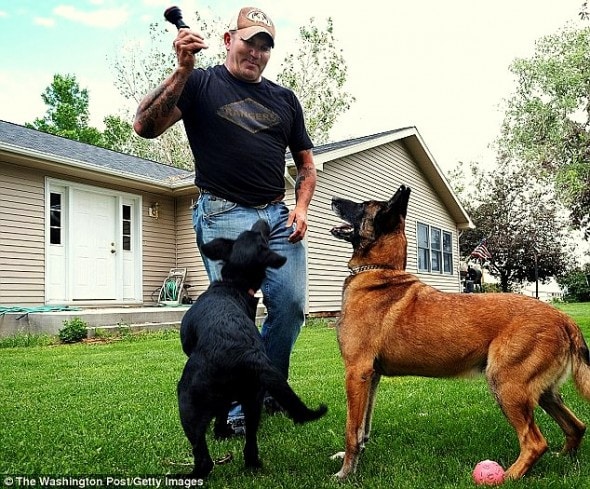 On October 10th, a bicyclist shot and killed Mike near his rural home.  Jeffery Brandt said that he felt bad about the incident, but that he had acted in self-defense after the dog attacked him.  The Park County Sheriff’s Office concluded their investigation last week and determined that evidence supported Brandt’s account.  But that doesn’t ease the pain in Bessler’s heart.

The only thing that would even slightly assuage him was the notion that Mike would receive a military funeral.

“These guys, we said, ‘you bet, we’ll do that,’” said John Bustos, the Powell Veterans Honor Guard commander.  “It’s not just a dog. It’s our comrade.

“People that have never seen these dogs in action, never seen them doing anything else except bark and stuff like that, they don’t understand the closeness that a dog handler has, the love he has for that (dog).  We consider them a human being.” 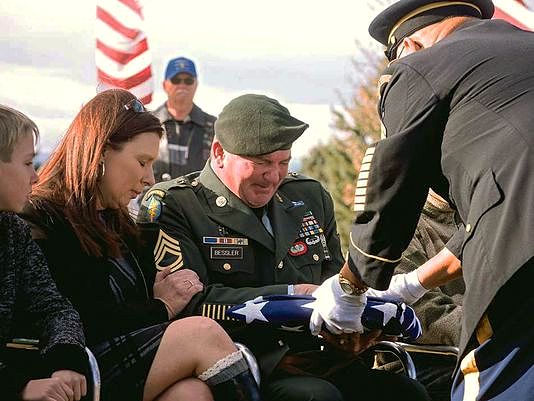 Bessler spoke of Mike’s numerous admirable qualities at Northwest College before the procession to Crown Hill Cemetery.  Though Mike wasn’t allowed to be buried at the humans-only graveyard, military honors were held around his headstone.

“He was dedicated not only to his job in the military, but as my service animal,” Bessler said.

“A dog watches your back just as much, if not more, than a person would,” said Matt Sagrilla, another Powell veteran.  “They’re not given enough credit — [not] nearly enough credit.”

Though Sagrilla doesn’t personally know Bessler, he attended the commemoration to pay respects to his fellow servicemen.

“Just because I understand.  I was there. I get it, and at the end of the day, that’s kind of all you’ve got left anyway.” 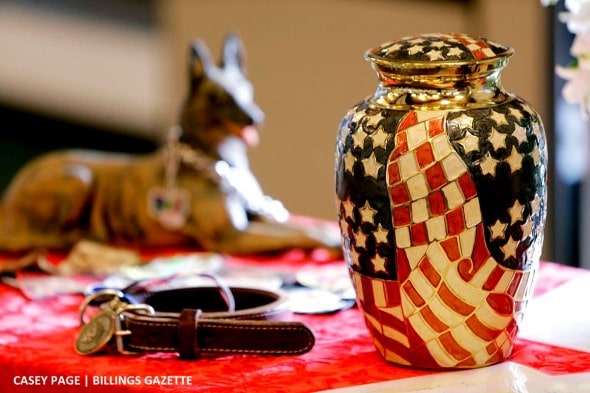