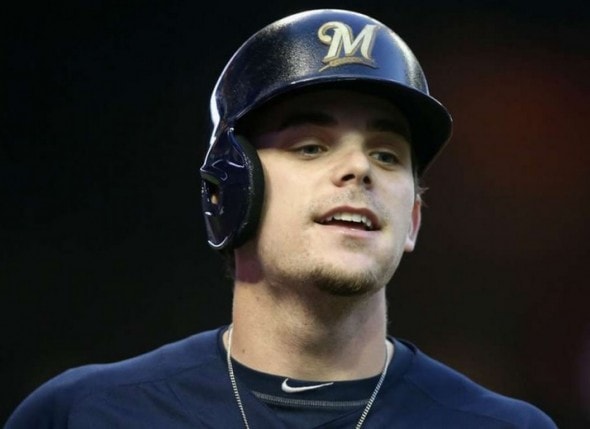 The Milwaukee Brewers are a Major League Baseball team, and last year they helped rescue a dog that had been lingering around the area where they do their spring training in Maryvale, Arizona.  Well, a new round of spring training is gearing up again, and the Brewers are again responsible for finding and rescuing a stray dog.

Infielder Scooter Gennett was the player who discovered the stray dog that had apparently been hanging around the practice field.  He managed to scoop the little Dachshund up, and get the dog to a vet.  He had hoped the dog was in good health, and was sure he got the dog to where it would be cared for.

This is the second time in as many seasons that the Brewers have been more than just a team in spring training.  Last year around the same time they rescued a dog they named Hank.  Hank went on to not only become an unofficial mascot for them, but actually won Dog of the Year at the World Dog Awards.

The Milwaukee Brewers may not be setting the world on fire statistically speaking.  However at this rate, we’ve come across two ideas.  Either the Brewers are the official Major League Baseball team of choice for stray dogs in Maryvale, Arizona, or they’re not just really good at baseball, but are top notch dog rescuers.

This photo and caption were posted to Gennett’s Twitter page:

“Just brought this poor guy to the vet.  They assured me Dachshund Only Rescue would help him out!!” 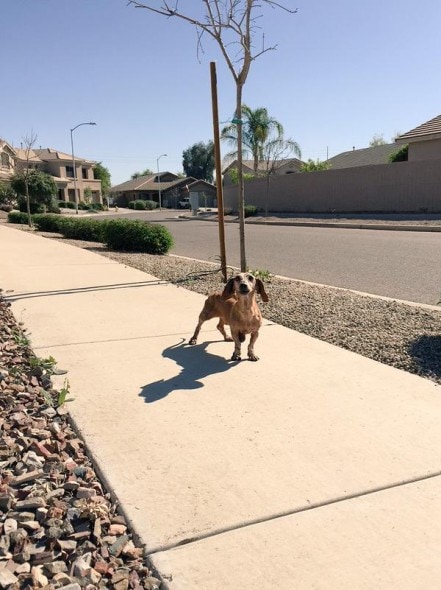