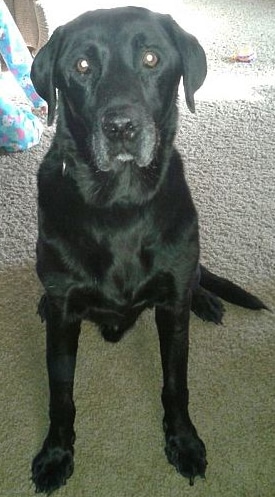 Earlier this year a military family fought to get Mina, a dog that served nine tours in Afghanistan, the proper soldier’s burial he deserved. On Sunday he was laid to rest with a flag line and taps. Instead of the traditional 21-gun salute, a chorus of trained dogs howled on command to honor his service.

Mina, a black Labrador retriever, was a trained mine detection specialist. He served nine tours of duty, saving countless lives. For three of those tours he worked with handler Corey McCourt. When Mina was honorably discharged McCourt’s family adopted him.

Earlier this year Mina passed away at the age of 13. Mina’s family wanted to make sure he got the proper soldier’s burial he had earned. Initially that request was denied but with the help from Oakland County’s director of public services, Mike Zehnder, Mina was granted permission for the burial he more than earned.

Now all the family was waiting for was for McCourt to return home so he could be there to say goodbye. On Sunday Mina was laid to rest at the War Dog Memorial Cemetery in South Lyon, Michigan. The burial was open to the public and included the honors and respect that Mina deserved.