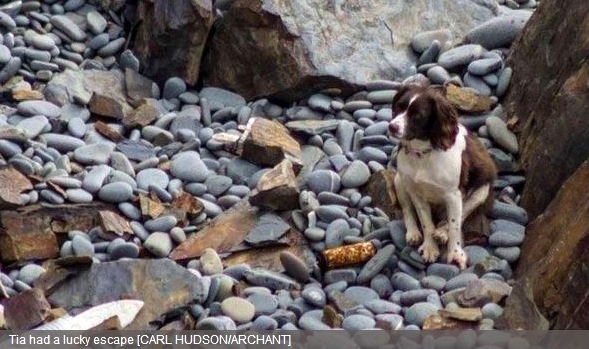 Six-month-old Tia is lucky to be alive after she ran straight over the edge of a 100-foot cliff at Hartland Quay in the UK.

Carl Hudson brought his cousin Jodie Langridge, her husband Danny, daughter Elise and dogs Tia and Tilly to the scenic spot for some photography practice. But they didn’t even have a moment to enjoy themselves, because as soon as the car door was opened, Tia darted out and flew over the edge.

“We couldn’t believe it – the puppy ran straight over the edge. Danny said later that he’d looked over expecting to see a dead dog,” Carl explained. “Miraculously, we could see her down at the bottom – she was moving okay but then sat down quite suddenly, obviously in shock.”

Tia had plummeted 100 feet down the sheer cliff face and landed on the stones below.  She survived, but wasn’t safe yet. The tide was on its way in, and she still needed to be rescued. 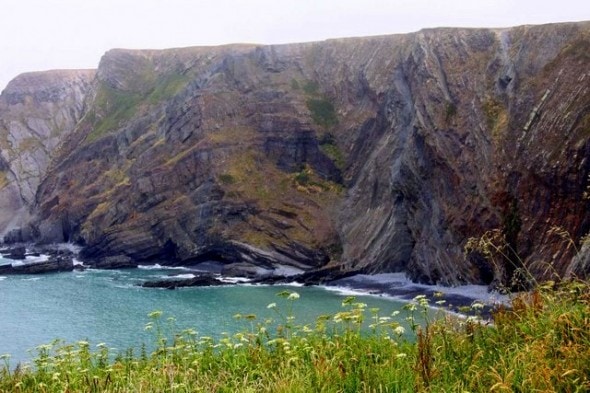 Danny ran down the Quay and summoned a coastguard team. They raced against time to rappel down to Tia, and plucked her from the rocky shore just moments before the tide rolled in.

Amazingly, she sustained only a few cuts and bruises, and was reunited with her anxious family.

“We took her to the vets and she was fine,” Carl said. 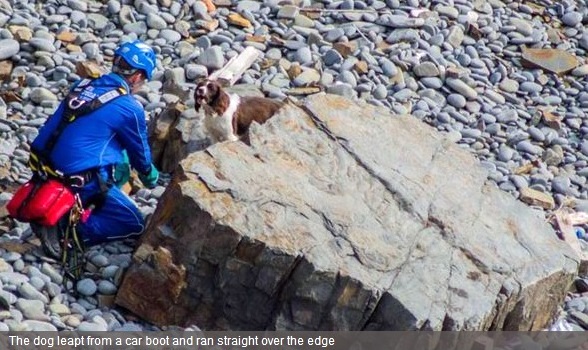