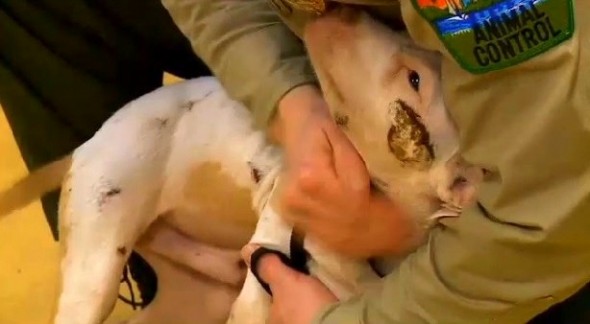 In January, four-month-old pit bull puppy was rescued hours from death, demonstrating how irrepressible dogs are after he endured a number of cigar burns and abandonment in the -25 degree weather of Minneapolis.  He has now recovered well and was recently adopted.

Jarvis suffered terribly at the hands of humans, but that hasn’t stopped his little tail from wagging uncontrollably whenever someone comes to pet him. 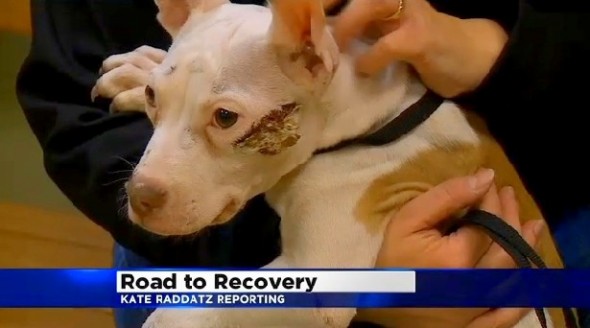 He was found roaming the streets of Minneapolis in the subzero temperatures.  Had he been out for just a few hours more, the skinny puppy surely would have perished.

Minneapolis Animal Care and Control officer Jacob Young says he was found with cigar burns all over his body. 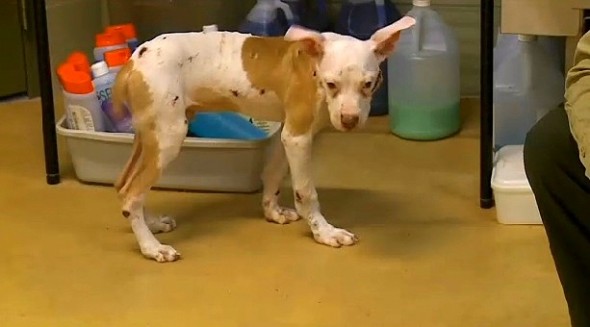 MACC named the puppy Jarvis, and got him medical care for his malnutrition and infection setting into the wound on the side of his face.

“It absolutely is hard to see,” Young said.  “But he’s still a just a very loveable, playful pup.”

MACC takes in about one abused dog each week, and reminds people to be vigilant about reporting abuse.

“If you see an animal that’s unattended or sick or injured or it looks like it needs help, please call 311,” Young said. 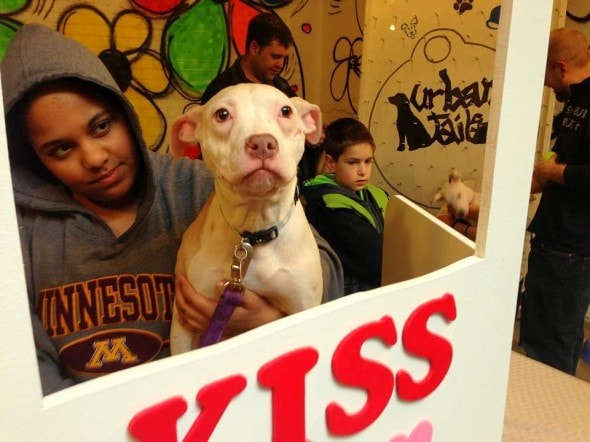 Jarvis had a long road ahead of him.  While his infection and wounds were healing, walking was still a challenge as he was regaining muscles strength.

“He’ll probably go into a home and make a very good pet for somebody,” Young said.

Recently, he did go to a good home.  Earlier this month he was the star of Save-a-Bull’s kissing booth, and just days ago was adopted.