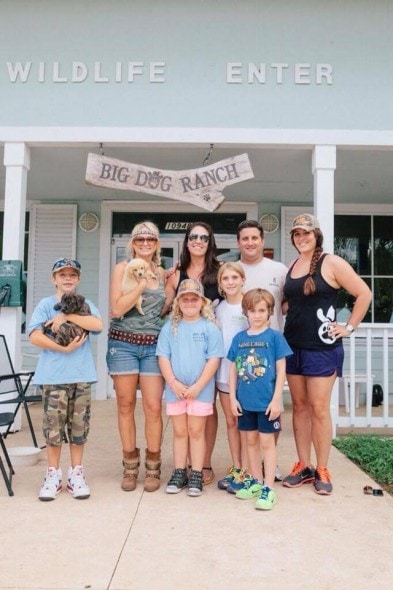 Riley Weinberger is a big fan of animals and of country singer Miranda Lambert. The six-year-old girl is an active volunteer at her local animal shelter and was determined to get the singer to come tour the shelter when Lambert came to Florida on her tour. On Saturday Riley’s dream came true.

In early August, Riley made a YouTube video about the animals she helps at the Big Dog Ranch Rescue in Wellington, Florida. In her video she reached out to Lambert asking her to visit Big Dog Ranch.

“Please Miranda, we could save more dogs lives,” Riley pleaded in her video.

Riley also went on several radio shows and a family friend put billboards on I-95 to help grab Lambert’s attention as her tour bus came to Florida.

Riley’s efforts paid off when Lambert stopped by the Big Dog Ranch on Saturday before her show in West Palm Beach. Not only did Miranda tour the facility with Riley and her family, but she adopted a puppy and donated money to the shelter.