A missing Kansas City dog was recently reunited with her family largely thanks to herself.  Tabitha went missing while out with her dad, and the woman that found her thought she was just a stray.  But when she started going berserk during a newscast of her mom asking for help finding her, the woman knew what the dog was telling her and got her home.

When Alfred Schaefer and Tabitha went missing, his wife Kelly could only assume the worst, as he has Alzheimer’s.  Alfred was found, but their five-year-old Bichon Poodle wasn’t with him. 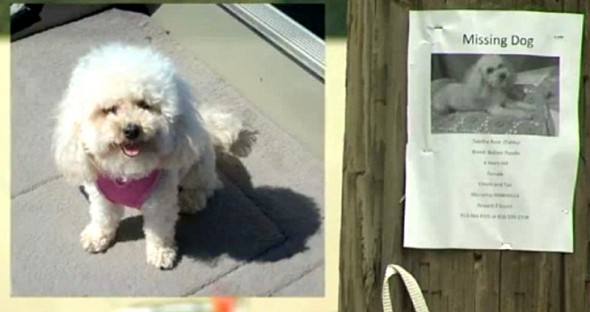 The Schaefers put up hundreds of flyers around their community, but apparently no one had seen her.

Meanwhile, Tabitha was safe and being cared for by a family who believed she didn’t have a home.  As fate would have it, the woman caring for her had the news on when this story aired, and Tabitha heard it. 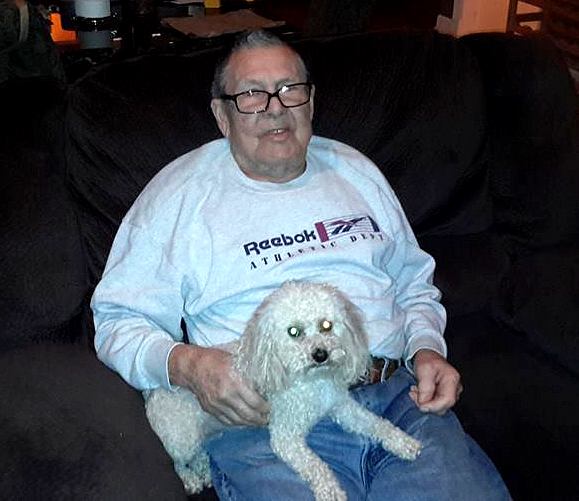 She started going bonkers, responding to Kelly’s description of how she called for Tabitha.  The woman knew instantly because of the dog’s reaction and her photos that this was definitely Tabitha.

The temporary caregiver contacted the Schaefers and a reunion was soon underway.  As it turns out, it’s not at all unusual for Tabitha to have been watching TV, and because of her hobby, she is now home.

“She loves watching TV. When we turn it on, she always comes running in to see what’s on, which is good because that’s probably why she saw us,” Kelly told The Dodo. “Her tail started wagging and she got all excited, and the people who had her knew it was Tabitha. Ten minutes later, we got a call saying they had her.” 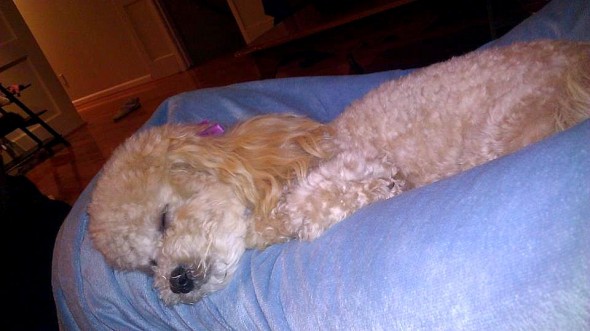