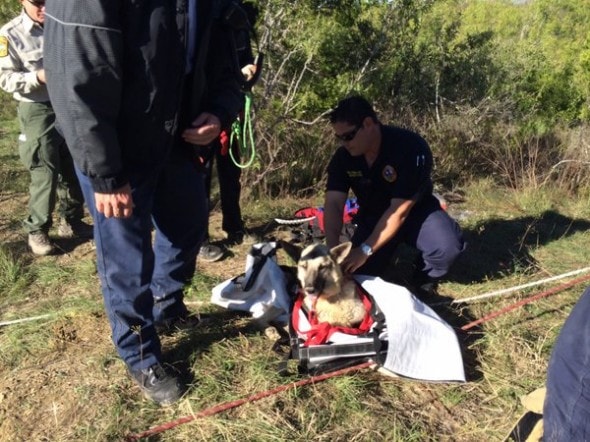 Firefighters rappelled down a steep cliff to rescue Max, A German Shepherd that had been missing for almost a month.

When floods hit Austin, Texas last month Max went missing from his family and home. Then on Wednesday a Southwest Metropolitan Park rangers spotted Max on the banks of Onion Creek. The ranger called firefighters for help.

When firefighters arrived on the scene Max was still by the creek and wouldn’t come any closer to rescuers. So the firefighters repelled down the cliff to reach him. Firefighters were able to easily reunite Max with his family because he still had his tags on his collar.

Max and his family were very happy to be reunited and thankful to the Austin firefighters for their efforts.