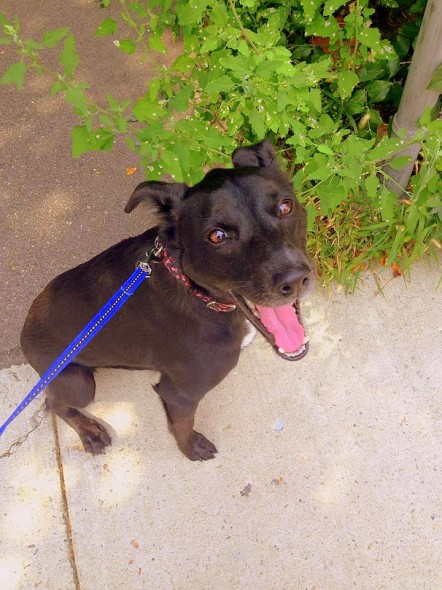 A missing dog has been caught and brought home by her distraught owner after spending seven weeks surviving the cold Massachusetts winter on her own. How she withstood the cold and foraged for food is a mystery, but now Layla is back home, she is staying cozy inside.

The 35-pound dog went missing on November 16. She had been seen several times, most recently in a yard on the border of the Blue Hills Reservation, just south of Boston.

Owner Meredith Gangler got permission and had some help in setting up a live trap in the yard. Layla was spotted a number of times, but she never took the bait in the trap.

Eventually, Meredith was able to capture her elusive dog.

“Yes, Layla is home and safe! I’m still feeling pretty overwhelmed by that fact, that she can be found and okay after 7+ weeks on her own,” Meredith posted on the Friends of Blue Hills Facebook page. “We managed to find a yard she may be returning to, so set up a trap/food for her. The little stinker started returning regularly for the food this past week, but wouldn’t go in the trap! (Too smart for her own good.) Then by complete happenstance, a friend and I went to the trap to get it set up for the evening, and she just happened to be in the yard! We were able to grab her (she fortunately did seem to recognize me as well) and now she’s home, safe and sound! Currently sleeping the sleep of the exhausted, but clearly very happy to be home!!”