Because of their breed-specific legislation, Springfield, Missouri has locked up a woman’s therapy pit bull mix in a kill shelter.  Jennifer Robinson isn’t even a resident of the city, thus did not know that she was violating the law, and is fighting to get her Captain back.

Robinson can’t remember why she was in Springfield, which is just north of where she lives.  She has mental impairments that cause memory loss – sometimes entire days at a time.

“Anxiety, depression… I have post-traumatic stress disorder,” she said.  “It was suggested by the doctor that a therapy animal would be good for me.” 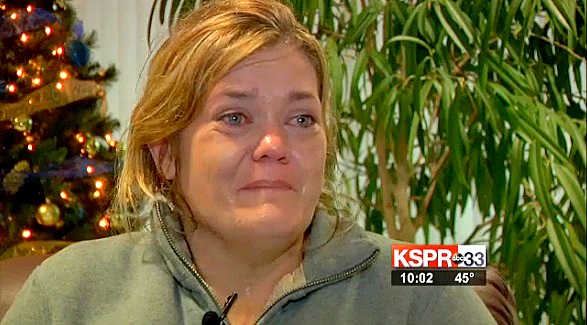 She and her 10-month-old therapy dog were in Springfield last week Monday.  Like most who are just traveling through, Robinson was unaware of the law prohibiting her dog from being there.  Residents are allowed pit bulls, but with strict provisions.  The dogs must be registered, sterilized, microchipped, and properly confined.  According to the city, “failure to comply could result in impoundment and destruction of the dog.”

But this law is intended for residents, and as she is not one, Robinson should not be expected to know or follow it as just a visitor.  She believes she may have had a mental break on Monday, causing her to forget why she was in Springfield. 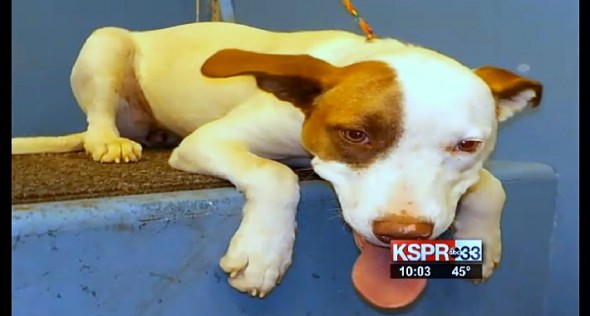 “I really do not know, and that’s the truth” she said.

Robinson ended up in a hospital, and Captain was taken by police to the Springfield Animal Shelter, where he has been for over a week.  The stress of the situation sent Robinson back to the hospital on Christmas Eve.  She just wants to get Captain back and go home.

The spokesperson for the shelter says they hope to reunite the pair soon, but first Robinson must prove that Captain lives outside the city limits or comply with the ordinance.